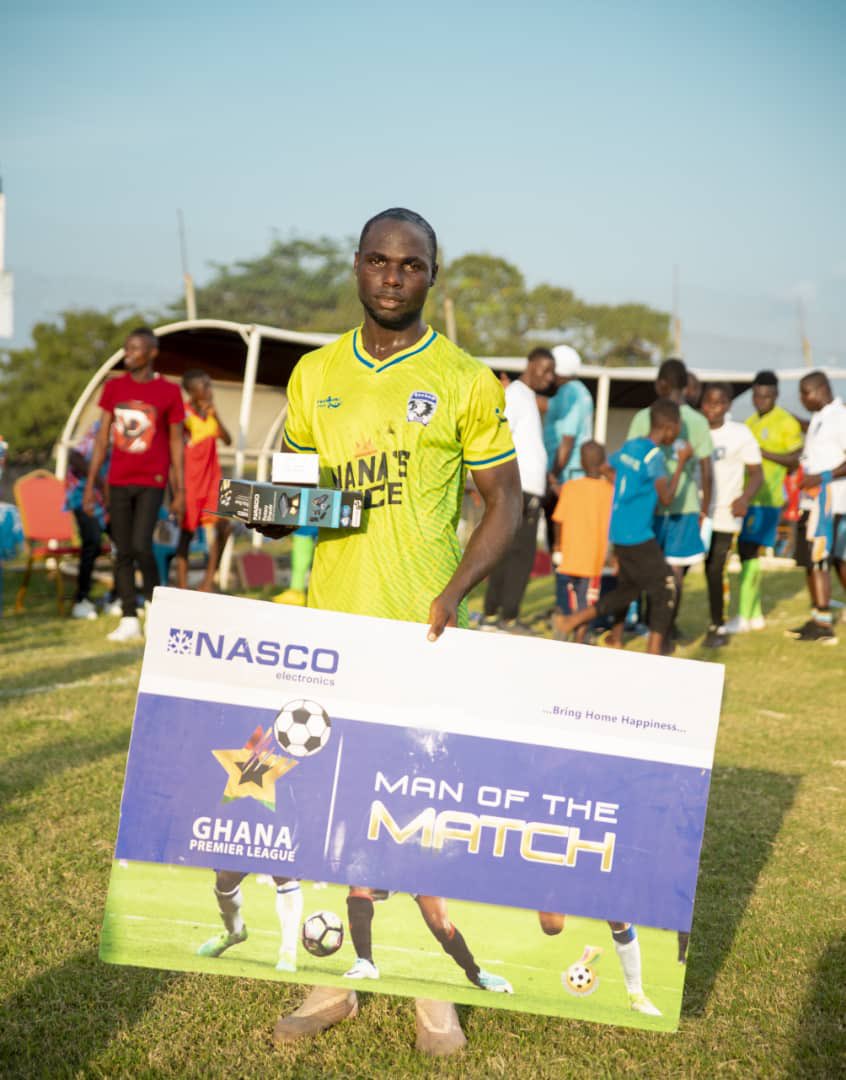 The format for selection of the NASCO Most Valuable Player (MVP) for Matchdays has been amended.

In subsequent League matches, the Venue Media Officers have been mandated to find three notable persons within the spectators to be responsible for the selection of the MVP of the match.

The VMOs are expected to randomly select one accredited media person, a retired footballer/fan  and a licenced coach.

The persons are expected to be varied on each Matchday.

The three persons are expected to look out for exceptional performance in the match, the player's influence and command on the game including but not limited to progressive passes made, goals scored, assists, saves made, interceptions, control of the game.

This format will be used in the betPawa Premier League as we as the Access Bank Division One League and the Malta Guinness Women’s Premier League.

Winners of the MVP awards for Matchdays are expected to receive NASCO products including phones and Bluetooth speakers or hairdryers.

The previous selection format which was instituted during the peak of the Covid-19 restrictions which allowed the two team Coaches and the Match Commissioner to do the selection of MVP has therefore ended.