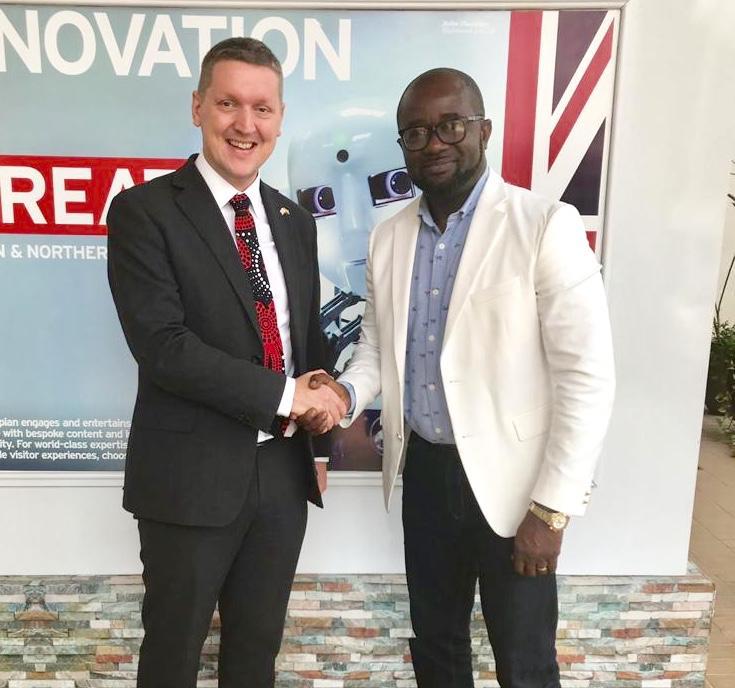 The meeting, which is part of the FA's efforts in establishing and strengthening cordial relationship with the diplomatic community and international partners, took place the British High Commissioner's  office in Accra on Wednesday.

A statement released read: ''The discussion centred on issues of mutual concern and benefits to the GFA and the United Kingdom as far as the development of football is concerned.

''The British High Commissioner expressed joy over the return of football in the country, as well as the GFA's strives to bring back the love for the game.

''He assured the GFA President that he will soon visit a stadium to watch one of the domestic league games.

''On his part, Mr. Okraku thanked the High Commissioner for his support, adding that both countries could learn a lot from each other for the progress of the game.''