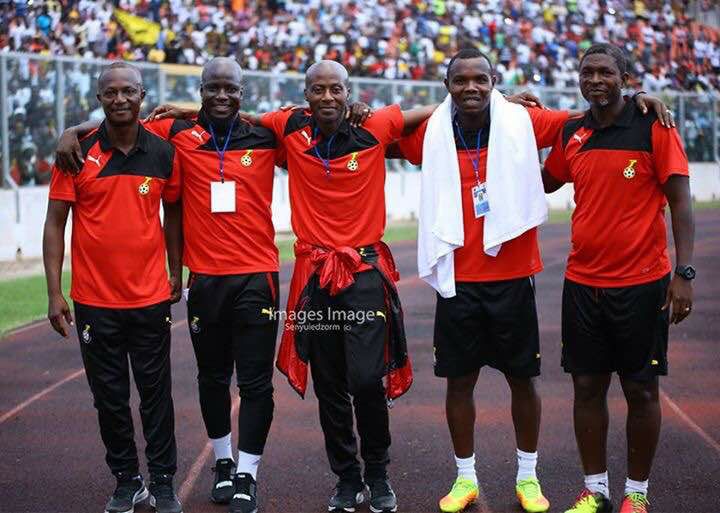 Black Stars coach Kwesi Appiah has been sacked as the coach of the Ghana national team after the Ghana FA dissolved all technical teams of the national teams.

This means Appiah and all other national team coaches have lost their jobs following the unexpected decision to relieve all the coaches of the Ghana national teams of their jobs.

Appiah ended his contract as Black Stars head coach three days ago and there was no clear news about his future until this decision taken by the GFA on Thursday night.

The ex-international signed a two-year contract in May 2017 for a second stint with the Ghana national team.

Despite the initial running out in May last year, he was told to stay on for the two 2021 Africa Cup of Nations qualifiers against South Africa and Sao Tome and Principe -which he won.

But the GFA looks not to have been satisified with the performance of the coach which has resulted in the decision to remove him from the post with immediate effect.

''The Ghana Football Association  (GFA) has dissolved the technical  teams of all national teams with immediate effect," a statement on the GFA website read.

''The decision affects both male and female national teams.

''The GFA extends its appreciation to all coaches and members of the respective national teams for their contributions to our national teams and Ghana football.''

Appiah had a disastrous Africa Cup of Nations campaign last year in Egypt, where the Black Stars got knocked out at the last 16 stage.

Ghana's next competitive match will be in March, 2020 when the second round qualifiers of the 2022 FIFA World Cup start.

Appiah qualified the Black Stars and coached them at the 2014 FIFA World Cup finals in Brazil.