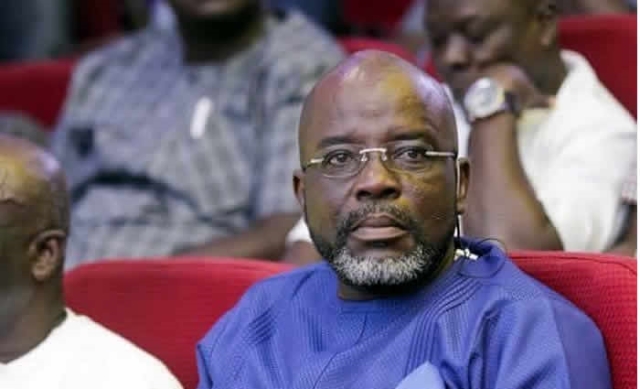 Campaign strategist for Wilfred Osei Kwaku has lashed out at 'debt collector' Frank Davies following the shocking disqualification of the Tema Youth president.

It appears the astute football owner was targeted for disqualification following emerging evidences pointing to collision to yank him from the race.

"If you are engaged in a battle with someone and realizes the person want to hit you, you also have to be ready," Appiah fumed on Tarkwa-based Medeamaa FM

"They changed a debt collector into a vetting committee chairman. Don't you think we should have also prepared?

"Lawyer Frank Davies is the debt collector. He wrote to us demanding for the money and we insisted we won't give him because we don't owe him

"Then suddenly changed him and turned around to make him a vetting committee chairman and to make matters worse included Mr Darkwah who works with him in the same chamber.

"Is this fair? targeting him (Palmer) right from day one."

He has reported the chairman of the five-member Vetting Committee to the Court of Arbitration for Sports (CAS) and FIFA for his comments captured on tape concerning his disqualification.

Palmer was disqualified from the presidential race due to breaches of Article 33(5)(c) of the Ghana General Regulations, and the decision of the then Ethics Committee of the Ghana FA on December 13, 2017.

The embattled Tema Youth CEO has petitioned CAS and FIFA and wants the elections nullified if they are organized without him.

In his report sent to CAS and FIFA also contains a recorded audio of the Vetting Committee Chairman Frank Davies, who was captured as saying he would make sure Palmer was disqualified from the presidential race.

According to reports, the audio was recorded during the Vetting proceedings with Palmer. Palmer claims there are deliberate efforts by some members of the Normalisation Committee of the Football Association to see him disqualified from the race in his petition.

GHANAsoccernet.com also understands that Frank Davies was the lead counsel in charge of the FA’s case against Palmer on the Joseph Painstil 10 percent transfer saga.

Thus Palmer has been targeted to be disqualified from the race and has included the evidence to back his claims.