Alhaji Karim Gruzah is at the centre of the storm

The Ghana FA plan to increase the number of participating Premier League clubs to 18 to accommodate relegated King Faisal and Ebusua Dwarfs in a bid to find a lasting solution to the raging legal battle that has delayed the start of the top-flight league, Â GHANAsoccernet.com understands. Â

The Ghana FA has been embroiled in a legal tussle with King Faisal which has delayed the start of the First Capital Plus Premier League.

The Kumasi-based side are challenging their demotion from the top-flight with the resultant delay in the start of the league bringing untold financial hardship on other clubs.

The Kumasi-based side feel they have been given a raw deal by the judicial bodies of the Ghana FA, with regards to a petition filed against Aduana Stars who are believed to have failed to fulfill their obligations in time after being handed GHÂ¢5,000.00 fine by the Disciplinary Committee. 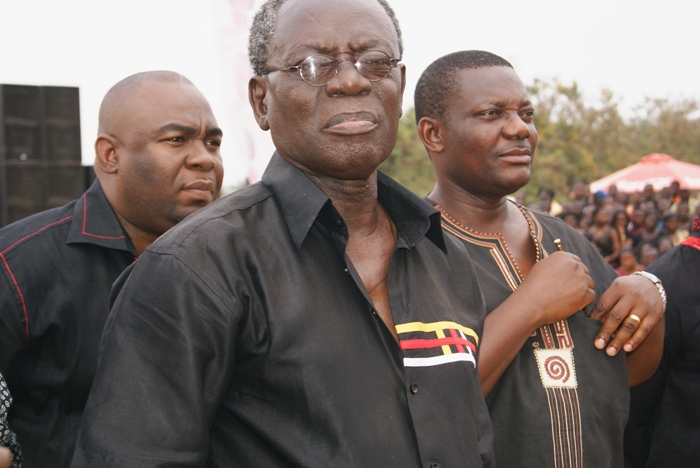 PLB boss Abra-Appiah has lamented the delay in the start of the league
Premier League clubs are reeling under intense financial predicament, forcing the Ghana FA to initiate moves to reach a compromise with Faisal for out of court of settlement, insiders have told Ghanaâ€™s leading football website, GHANAsoccernet.com.

With King Faisal president Alhaji Karim Gruzah vowing to fight the case till his â€˜last breathâ€™ there are fears the long drawn litigation could jeopardize this seasonâ€™s campaign.

Already the Premier League Board time table has been thrown off gear as pressure mount on the association to find an amicable solution to the raging matter which has gained massive inches in the Ghanaian media.

Congress, the highest decision body of the association will toss the proposal around for rectification and subsequent approval all in a bid to get the league back on in a move which will greatly benefit Ebusua Dwarfs.

Faisal placed an interlocutory injunction on plans by the association to hold congress that was scheduled to take place on September 12.

It will be recalled that Ashantigold benefited from a similar scenario which resulted in the the number of teams being increased from 12 to 16 decades ago.