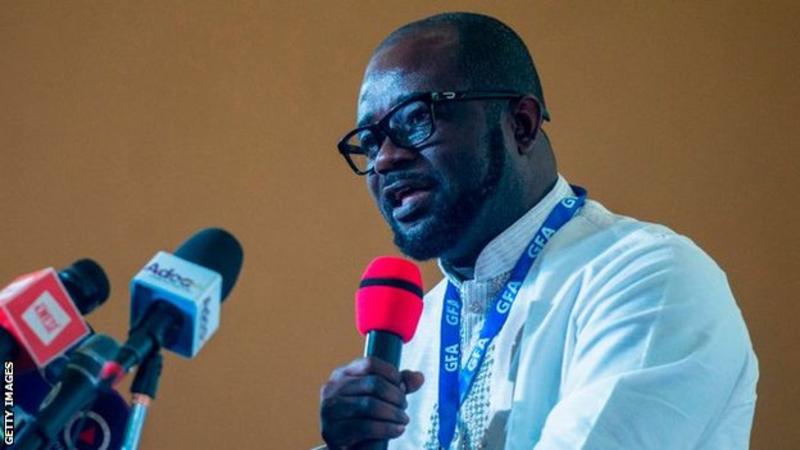 Kurt Okraku was elected as the Ghana Football Association's new president after three rounds of voting on Friday.

President of the Ghana Football Association (GFA) Kurt Okraku has opened up on the decision to disband the technical teams of all the national teams.

On Thursday, the nation's football governing body removed all its national team coaches, at all levels of the game.

It was a sweeping move by the new FA, which has been under new leadership since October, following a year under the control of a Normalisation committee.

In interview with Joy FM, Mr. Okraku explained that it was a collective decision by the Executive Council to see improve the performance of the various national teams because they have not been competitive in recent time.

“We have not been as competitive as we want to be in all our national levels. We need to find ways to be competitive, bring the love back and bring the teams back into the finals and in the end, win trophies. This is what the council also aims to achieve that is why this was done,” Mr Okraku said.

Last year was another disappointing campaign for the national teams.

Starting in January, the national U-20 men’s team exited the Africa U-20 Cup of Nations at the group stage.

Last year, Kwasi Appiah led 23 players into the Africa Cup of Nations with a vow to end the wait for the coveted trophy.

It, however, turned out to be Ghana’s worst performance in the last six editions of the tournament with the country exiting at the round of 16 stage.

October saw Black Queens miss out on qualification to the 2020 Tokyo Olympic Games. Also, the local Black Stars failed to defend their WAFU Cup of Nations crown as they were beaten in the final by Senegal.

The national U-23 team, Black Meteors rounded off the disappointment in November when they failed to qualify for the Olympic Games after finishing fourth at the Africa U-23 Cup of Nations.