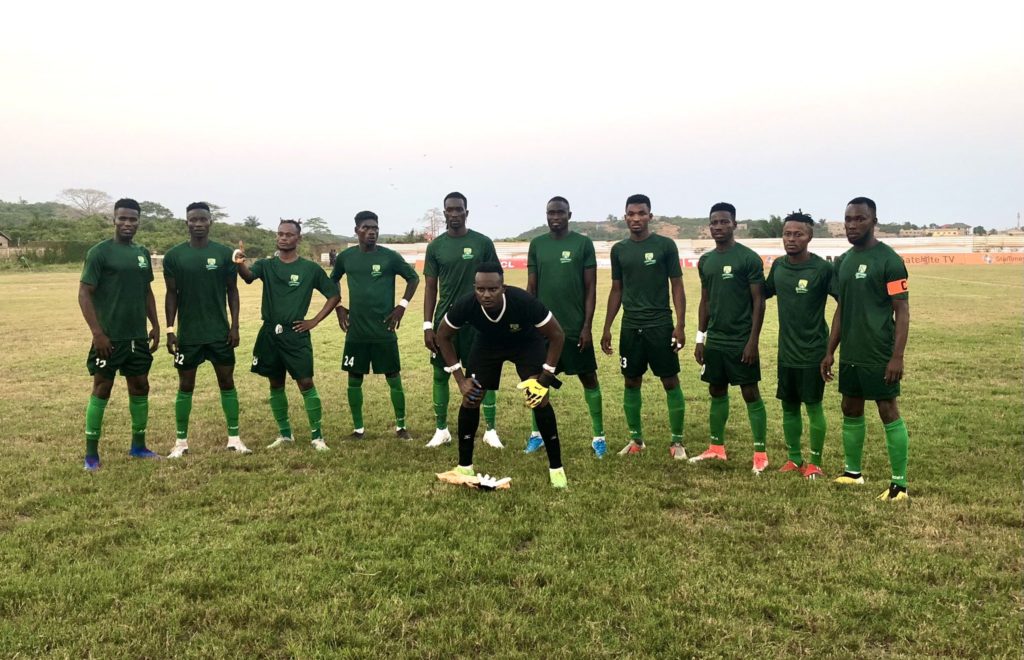 Some fans of Elmina Sharks fans stormed the field to attack referee Eric Owusu Bempah after the team lost to Medeama.

The game ended 2-1 in favour of the Mauve and Yellows.

The fans believe the referee caused their defeat, hence decided to beat him up, Fortunately, there were some security men available to prevent a bloody situation. 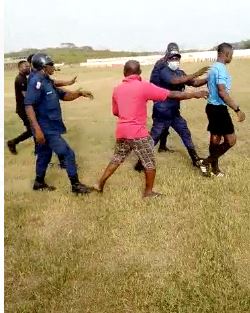 GHANAsoccernet.com has gathered that the Ghana FA Executive Council has taken a decision to close down the Nduom Sports Stadium with immediate effect and refer the matter to the Disciplinary Committee.

Elmina Sharks will play their next Ghana Premier League game against Legon Cities at the Accra Sports Stadium in mid-week.

Their next home game against Asante Kotoko will be played away from the Nduom Sports Stadium.