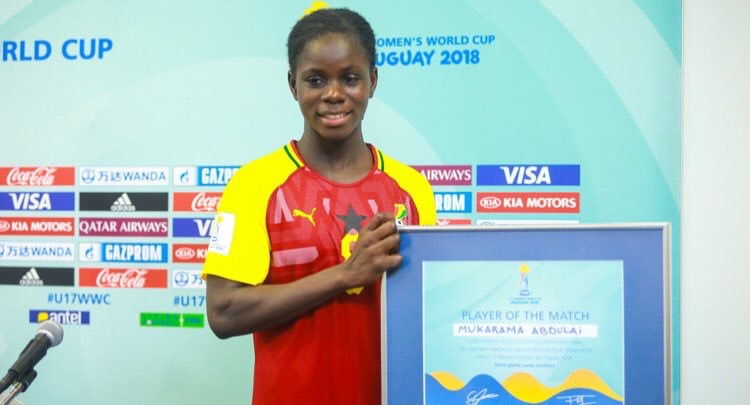 Former Black Maidens striker Abduilai Mukarama has expressed disappointment over the lack of football following the cancellation all competitive games.

The FIFA Women's U-17 World Cup star recently returned from the United States, where she was schooling and was a member of the Tyler Junior College, but her return was met with the outbreak of COVID-19 leaving her inactive.

"It is something that going through it has been difficult," she told Tv3 Sports. "Without playing football and being home, and you don't know the exact date to go back or even play football, so it has not been easy," she added.

The 2018 FIFA U-17 Golden boot winner is combining football with education, something she says has been quite difficult.

"Schooling and playing soccer is very difficult, especially when you are in class you will be thinking after class you are going to the park and after that back to class, you just have to cope with the situation and keep being mentally strong, motivating yourself and psyching yourself, it's not been easy but we keep going," she added.

Mukarama swept all awards at the in the Junior Championships at Tyler College.