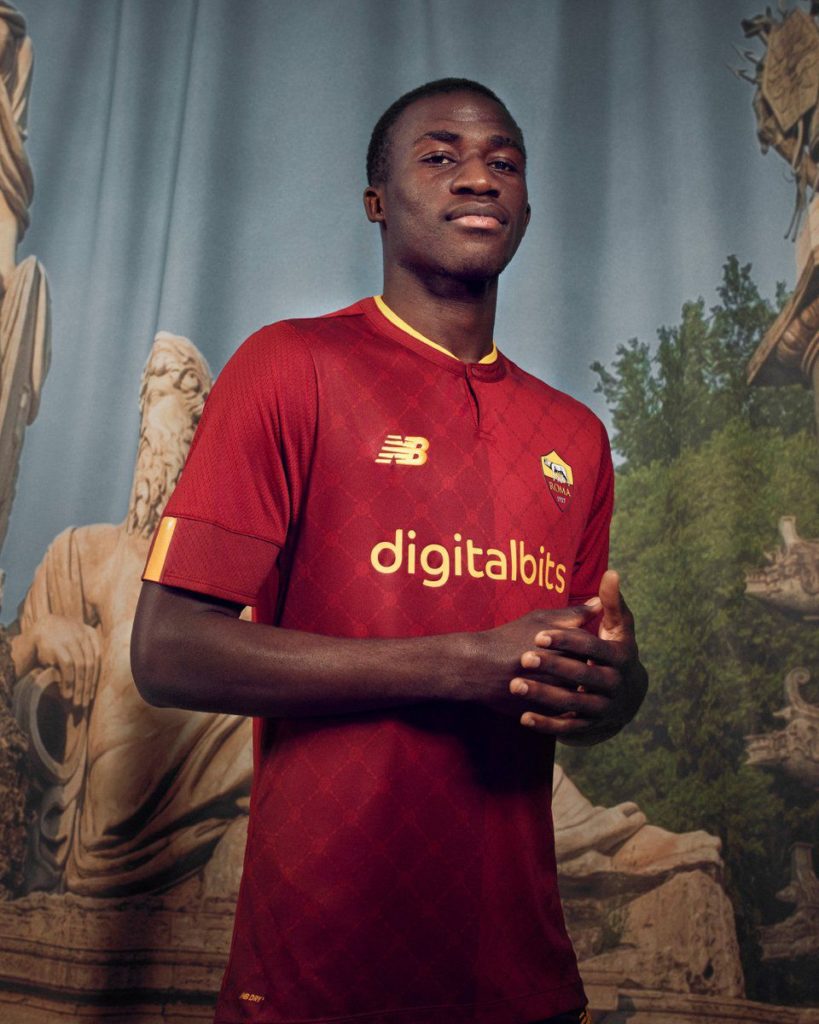 The 19-year-old joined his teammates in outdooring the predominantly carmine coloured jersey which was released this week.

The jersey was produced by sports kits manufacturers New Balance and will be used by the club next season.

Felix Afena-Gyan is having a breakthrough campaign in Italy after making his first team debut late last year.

The teen sensation played his first game against Cagliari in the Serie A in November last year, and followed that with a brace against Genoa a week later.

He has since been a part of Jose Mourinho's team, playing a role in their route to the final of the UEFA Europa Conference League final.

Afena-Gyan has made 17 Serie A appearances this season and reports indicate he might request for a loan to join Sassuolo next season.

His outstanding displays earned him his first Black Stars invite and he featured as Ghana edged Nigeria tp qualify for the World Cup.