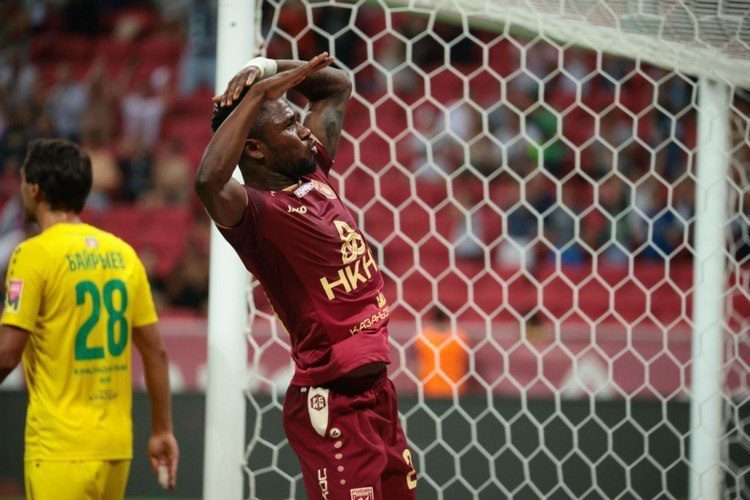 The Ghana international scored for Rubin Kazan as they thrashed PFC Kuban 3-0 over the weekend, his fourth of the new season.

Famayeh is also hoping to help Rubin Kazan make a quick return to the Russian topflight.

“In each new season, I want to do score more than I did last year. I think that Rubin is a good team, generally top, and I want to do what I want and can do. Together, as a team, we can do a lot,” Fameye said after the game.

Joel Fameye opened the scoring in the 34th minute as he pounced on a through pass and rounded the ball over the keeper.

Alexander Zotov increased the lead for Rubin Kazan in the 38th minute as the home side went into the break leading the tie.

After recess, Kazan were awarded a penalty in the 59th minute which was converted by Vitali Lisakovich.

Joel Fameye is in top form in the ongoing campaign as he is joint-topscorer on the goal king chart in the Russian league.

The former Orenburg midfielder is knocking on the doors of the Black Stars ahead of the World Cup with his performance.

Joel Fameye lasted played for the Black Stars under Coach CK Akunnor in the 2021 Africa Cup of Nations qualifiers.