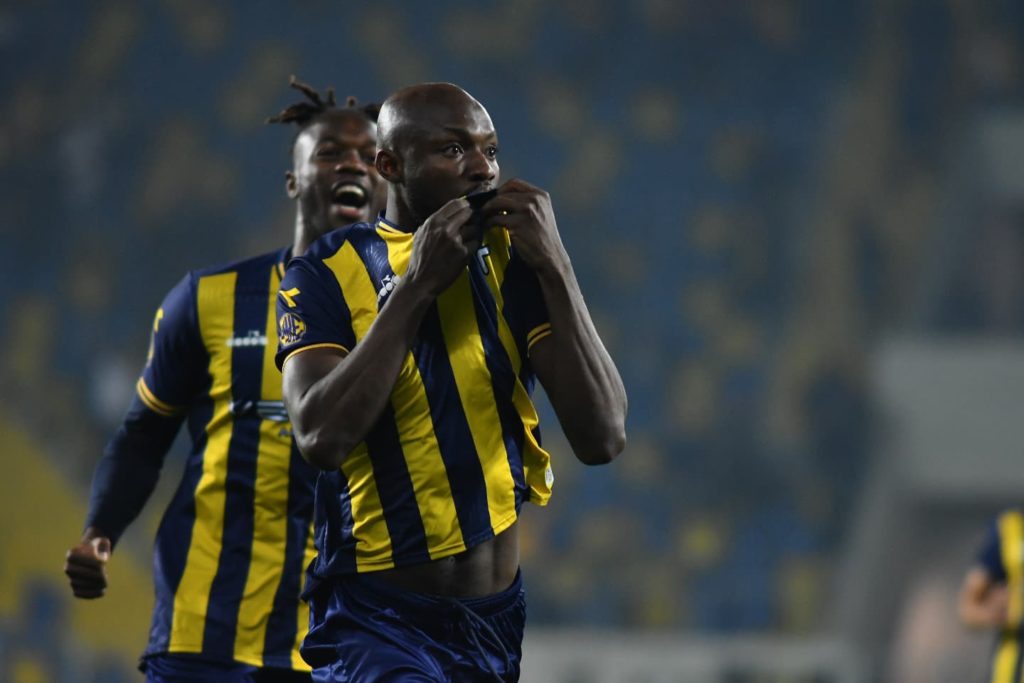 Ghana forward Kwabena Owusu was on target for Ankaragucu in their 3-2 defeat to Eyupspor in the Turkish Lig 1.

It was the sixth goal of the season for the 24-year-old.

Gerson Rodrigues scored the first goal of the game in the 15th minute for Eyupsor.

Ogulcan Caglayan increased the lead for Eyupspor in the 21st minute with the second goal.

Kwabena Owusu got the equalizer for Ankaragucu with his goal in the 41st minute of the first half.

The first half produced a four goal thriller with the scores at 2-2.

After recess, Ogulcan Caglayan scored his second goal of the game in the 48th minute t0 win the game for Eyupspor.

The 24-year-old has scored six goals in 18 appearances for Ankaragucu in the ongoing campaign.