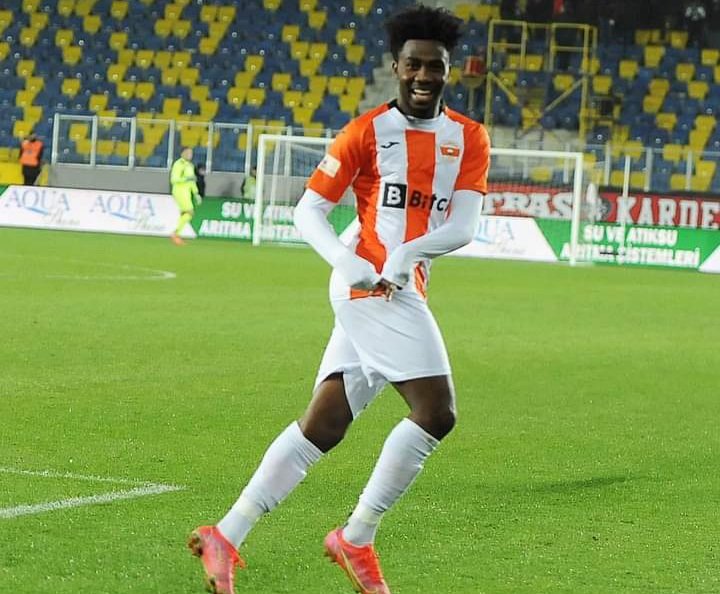 Ghana forward Samuel Tetteh was on the score sheet for Adanaspor in their 2-2 draw against Yeni Malatyaspor in the Turkish first division on Sunday.

The former WAFA forward scored the opening goal of the game in the 32nd minute of the first half.

Ahmethan Kose increased the lead with the second goal for Adanaspor in the 48th as the home side went into the break with a 2-0 lead.

Yeni Malatyaspor staged a comeback in the second half as they reduced the deficit through Faith Aydin in the 56th minute.

With just some minutes to end the game Dogokun Emekiz got the equalizer for Yeni Malatyaspor as the two teams shared the spoils after regulation time.

Samuel Tetteh has scored six goals in 19 appearances this season for Adanaspor.