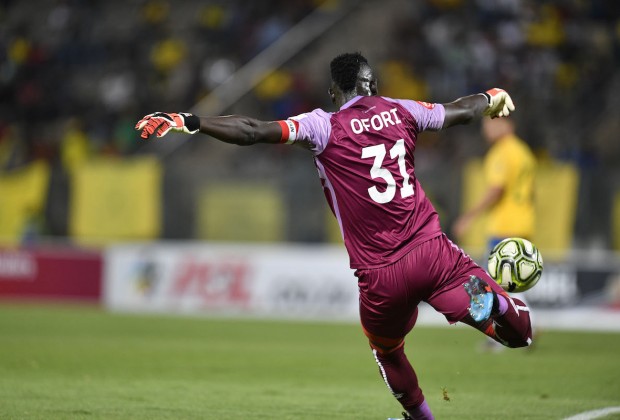 Ghana goalkeeper Richard Ofori has explained why his reported move to Orlando Pirates did not materialize.

Ofori is on the books of South African PSL side Maritzburg United and recently extended his contract with the Team of Choice by a further year.

He was heavily linked with a transfer to Orlando Pirates and Mamelodi Sundowns just after he extended his contract with the club.

When asked whether he agrees with the assertion that he should leave Maritzburg United for Orlando Pirates, the Ghanaian custodian said transfer discussions doesn't depend on him.

“Normally people say the decision is for the player (to make), but I work with people, management that decide which team to join or sign for,” Ofori told journalists.

The Siya crew has also reported that the shot stopper has attracted interest from a team in Germany and Switzerland.

Former Pirates skipper Steve Lekoelea last month joined the chorus of people urging the keeper to sign for the Buccaneers, who have not really had a steady first choice since the untimely death of Senzo Meyiwa in 2014.

“So from my side I think that decision will be made by the team, not me. We will decide which team will be good for me. I don’t decide on my own that I should go to team A, B or C. But the management, when they get together, they will decide what to do. I leave everything to them,” explained Ofori.