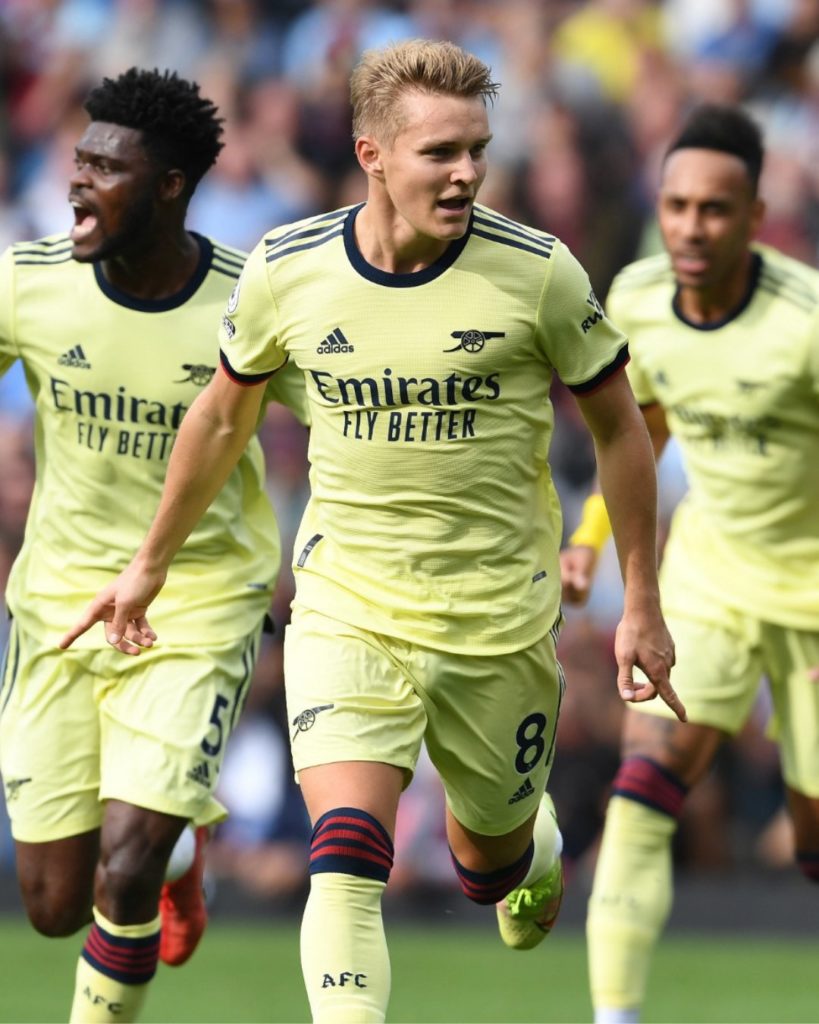 Midfielder Thomas Partey started his first game of the season as Arsenal recorded their second win of the campaign following victory at Burnley.

The Ghana international returned from injury last and was a second half substitute in the victory against Norwich, but lasted 75 minutes on Saturday as the Gunner won 1-0 at the Turf Moor.

Martin Oedegaard's stunning 30th minute free kick handed the London side all three points, their second after three defeats at the start of the season.

Thomas Partey was replaced by Ainsley Maitland-Niles with 15 minutes remaining.

The former Atletico Madrid star has been troubled with injuries since joining Arsenal but will be hoping he stays fit for the rest of the campaign.