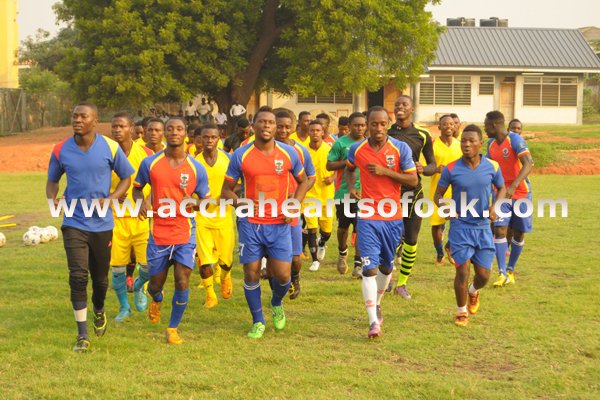 Both Asante Kotoko and their bitter rivals Hearts of Oak went back to training on Monday minus the players far away in South Africa for the CHAN tournament.

The two leading clubs in the country are putting to pace with an eye on a potential show down on the last but one game of the season which could ultimately decide where the league trophy ends up.

Also back in training is Ashanti Gold who are placed second on the league table, even though theÂ league does not resume until after the CHAN tournament which will start on the 11th of January.

All three clubs might engage in friendlies but clubs spokespersons say itâ€™s not decided yet.

Berekum Chelsea were the first to breakout of the blocks when they started training last weekend.

Wa All Stars, Bechem United, New Edubiase and Amidaus Professionals are all expected back back this weekend.