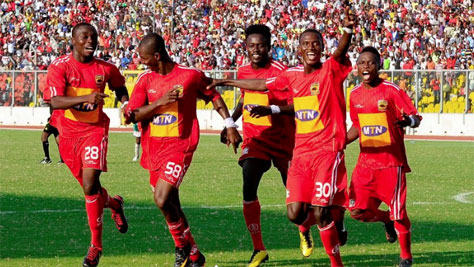 The opening encounter will however take place at the Sunyani Coronation Park as Kotoko serve the final part of a three-match home ban for crowd violence at the Baba Yara Stadium during a league clash with Medeama last season.

Incidentally, the Porcupine Warriors cut the sword for the away from home punishment against Aduana at the same venue as a Week-28 clash that ended barren, and will be hoping to finish in grand style against the Dormaa lads.

Aduana has served tough customers for their hosts since joining the elite division five seasons ago with narrow wins and stalemates characterizing the outcome of matches between the two sides.

However, Kotoko appear shades above their guests with the measuring rule being their output in the 3-0 drubbing of Medeama SC in the Super Cup, the seasonâ€™s curtain raiser last week. The return of Yahaya Mohamed and Jordan Opoku coupled with new signings Abeiku Ainooson, Joseph Addo and co. has boosted the level of quality in Mas-Ud Dramaniâ€™s charges.

Not much was heard of Aduana during the pre-season but the presence of old faces; captain Samuel Asiedu, goalkeeper Stephen Adams, right-back Godfred Saka and amongst others still make them a force to reckon with.

Hearts of Oakâ€™s search for their first league title in five years begins at the Gyamfi Park in Bekwai, where they face Edubiase.

The Phobians have the upper-hand after a vigorous pre-season where new boys Emmanuel Hayford and Selassie Adjei both from Amidaus Professionals, Sampson Cudjoe (Medeama SC) and youngster Kenneth Okoro have shone.

Depleted by the absence of key players such as Ainooson and Basit Adams, Hearts can underrate their hosts, aficionado of youthful players at their own peril.

Berekum Chelsea will slug it out with King Faisal at the Golden City Park in Berekum whilst Heart of Lions and AshantiGold sort things out at the Kpando Park.

Returnees Hasaacas and Bechem United will be at home against Medeama and Amidaus Professionals at Essipong and Bechem respectively.

At the Accra Sports Stadium, Liberty will battle it out with All Stars whilst debutants Inter Allies engage Dwarfs at the Tema Park.