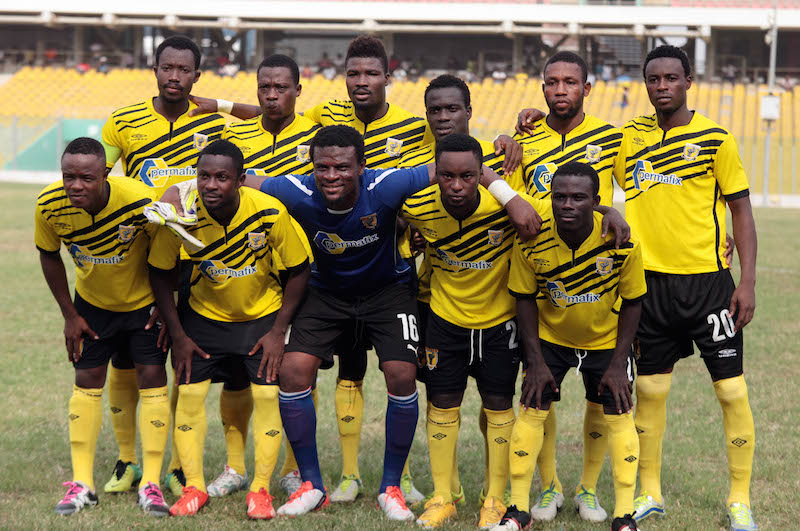 AshantiGold SC are still out of sync and are badly in need of a win against Techiman City FC at the Len Clay stadium to keep their target alive.

The Miners are facing the Citizens without duo Kadri Mohammed and Augustine Sefa who have been suspended by the club for two weeks.

He joined the Elephants from lower tier Sun City FC during the second transfer window.

Techiman City FC were lucky to earn a point at home against Asante Kotoko last Sunday after a bizzare second half display. They trek to Obuasi to search for their first ever away since joining the premiership.

Yusif Hussein has been ruled of their clash against Ashanti Gold SC due to an injury.

He suffered a head collision on Sunday which saw him rushed to the hospital.

*Ashanti Gold SC have won only one of their last fifteen premiership matches. They have drawn six of their last seven. (W1 D10 L4)

*Techiman City FC are yet to win at away for the first time in the premiership after eight trips. (W0 D2 L6)

*The two teams shared the spoils in their first ever Ghana Premier League meeting.

*Ashanti Gold SC have kept four clean sheets at home in the league this season. They scored just one in their last five.

*Techiman City FC have conceded in each of their eight away fixtures in the premier league this term.