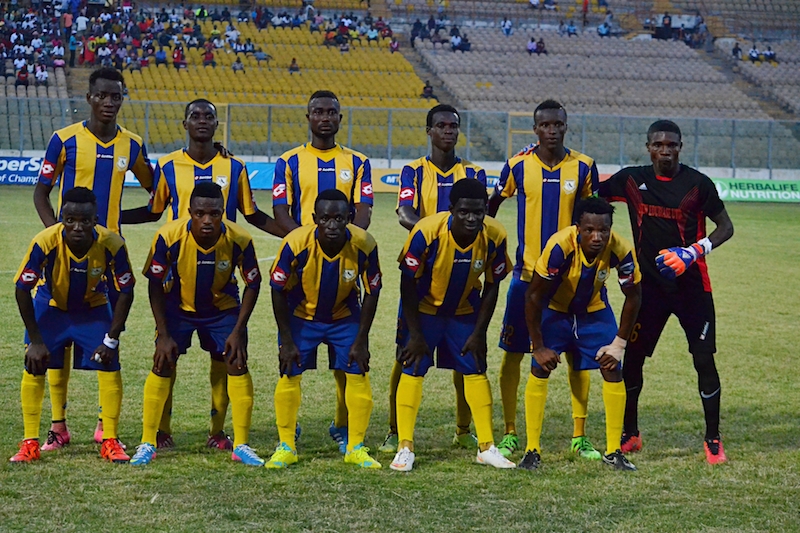 New Edubiase United plan to dash Wa All Stars' title chances in a crucial duel at the Bekwai Nana Gyamfi Park on Sunday in the Ghana Premier League.

They are still enjoying the 16th position on the league ladder despite the huge victory.

Beating the league leaders will push them a step further in their survival fight in the top flight.

A lose could as well see them remain bottom with a another big step back to the second tier.

He hasn't played for the Movers since their away game against Berekum Chelsea.

Wa All Stars couldn't stretch their lead at the summit of the log when they shared the spoils with Hearts of Oak at the Wa park last Wednesday.

Anything short of win could see the league leaders off the top spot.

They need a win in order to give them edge in their title winning chances.

Key striker Richard Arthur has travelled outside the country and won't be available for selection on Sunday.

He has missed all last three games in the league.

Paul de Vries Asare and Wahidu Mumuni are all out of the big game this weekend.

They are nursing serious injuries the duo has sustained.

*New Edubiase United have won only three of their last fifteen matches in the premier league. (W3 D4 L8)

*Wa All Stars have won only one of their last nine away matches in the premier league. (W1 D1 L7)

*New Edubiase United and Wa All Stars have recorded two victories each in their last four meetings in the premier league.

*Wa All Stars are winless in their six travels to New Edubiase United in the premiership. (W4 D2 L0)

*New Edubiase United have kept just four clean sheets out of their twelve premier league matches at home this season.

*Wa All Stars have managed to keep three clean sheets on the road in the premier league after twelve matches.