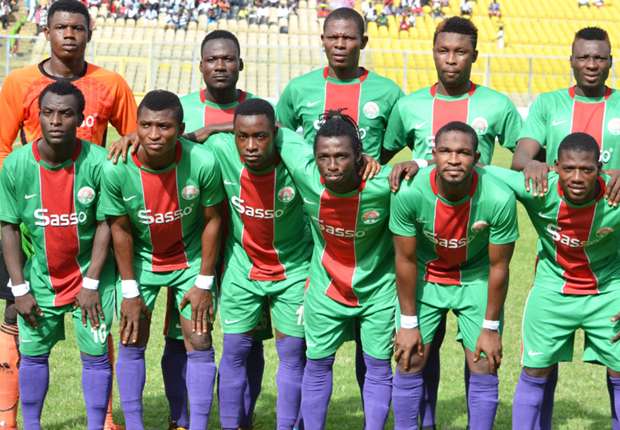 The Citizens hope to keep their home unbeaten run intact with a win or draw.

They suffered a 2-0 loss at the hands of Wa All Stars at the Wa park in midweek.

Isaac Baah scored an own goal to aid the Northerners.

First choice goalkeeper Richmond Ayi is out of Saturday's clash after earning a late call up to the national U20 ahead of the African Youth Championship qualifier on Friday.

One of Stephen Manu and Ebenezer Agyapong could make way for in form Abdul Rahman Fatawu  this weekend against Inter Allies FC.

Inter Allies FC made sure all three points remained at the Tema stadium last Wednesday a late winner.

Frederick Boateng scored in the 97th minute to give his side the important victory.

Ghana U20 trio Enoch Adu, Kwame Baah and Evans Mensah won't be travelling with the team to Techiman.

The "Eleven Is To One" side are just a point away from the drop zone and they are poised to achieve that at the Ohene Ameyaw Park this Saturday.

*Techiman City FC are unbeaten at home in the league this season after nine games. (W6 D3 L0)

*Inter Allies FC are without a win in their ten away fixtures in the premier league. (W0 D3 L7)

*Techiman City FC have met Inter Allies FC only once in the premiership history. They played 1-1 at the Tema stadium in the first round.

*Techiman City FC have managed to keep six clean sheets at home in the premier league this season.

*Inter Allies FC have kept only two clean sheets at away in the premiership this season.