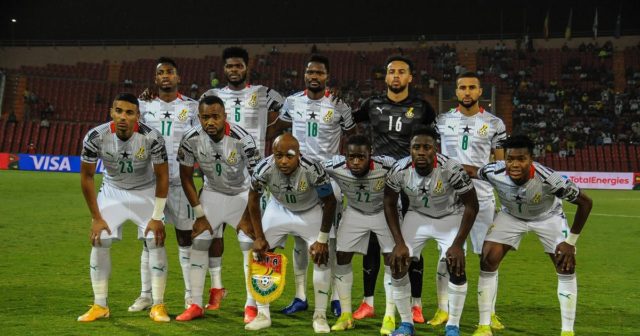 Despite being betting underdogs at newbettingsites.com.au and other bookmakers, Ghana upset the odds and edged out Nigeria on away goals courtesy of a 1-1 draw in the second leg of their FIFA World Cup qualifier.

With the tie finely poised off the back of a goalless affair in the first leg on Friday, the Black Stars made the journey to Abuja with all to play for.

Nigeria were looking to make home advantage count in front of about 60,000 fans as they went in search of a fourth consecutive World Cup appearance.

Augustine Eguavoen’s men kicked off the game on the front foot but suffered a blow 10 minutes in as Thomas Partey broke the deadlock from the edge of the box.

Once again, the goalkeeping was under scrutiny as Francis Uzoho, who was deputising for an unwell Maduka Okoye, failed to cover himself in glory.

However, Nigeria continued to dominate proceedings and drew level from the penalty spot just shy of the first half’s midway point.

In his first-ever start for the West Africans, Ademola Lookman was brought down in the box by Dennis Odoi. After a VAR review, Tunisia referee Sadok Selmi pointed to the spot.

William Troost-Ekong converted the resulting penalty to lift the mood at the Moshood Abiola National Stadium.

Buoyed by their equaliser, the hosts kept on piling the pressure and found the back of the net through Victor Osimhen in the 34th minute.

The Video Assistant Referee intervened again, adjudging the Napoli forward to have been offside before he slotted the ball home.

Nigeria came close on several occasions in the second period but Ghana held firm to get the job done on enemy territory.

Otto Addo’s men are back in the World Cup for the first time since 2014 after missing out on the last edition in Russia four years ago.

For Nigeria, there are important decisions to be made going forward with Eguavoen’s future one of many issues to be sorted out.

Tuesday’s disappointing result for Nigeria was further marred by their fans’ reaction at full time. The Ghanaian players were forced into the dressing room due to a violent pitch invasion.

Stadium facilities were destroyed and security operatives had to resort to using teargas in an attempt to disperse the crowd.

Following a disappointing exit from the Africa Cup of Nations back in January, the last few months have not gone as planned for Nigerian football on the international stage and it is high time the Super Eagles went back to the drawing board.