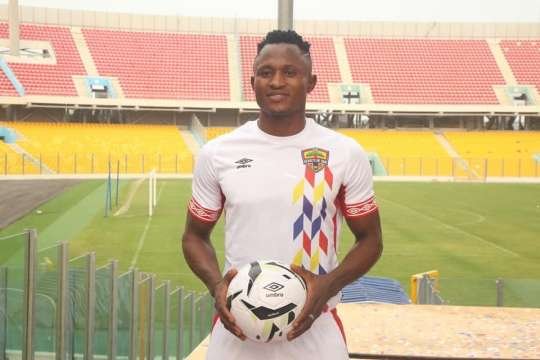 Black Stars B striker Joseph Esso is baffled over his controversial exit from Hearts of Oak.

On Friday, Hearts of Oak announced that Esso alongside other five players have been released following the expiration of their contracts.

Reacting to the statement by the Phobians, Esso could not believe his ears, deciding to reserve his comments.

"I've seen it on their social media and on one owns their [Hearts of Oak] media accounts," Esso told OTEC FM

"I have nothing to talk about it," he sadly ended the interview.

Esso joined Hearts of Oak on a three-year deal from fellow Premiership side Ebusua Dwarfs in 2017.

Esso was a member of the Black Stars 'B' squad that won silver medal at the 2019 WAFU Cup staged in Senegal.