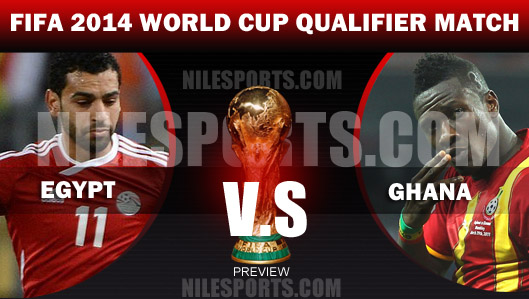 The Black Stars of Ghana will play Egypt in the second group game of the 2018 World Cup qualifiers in Cairo in what has been dubbed a revenge for the Pharaohs.

Egypt were drawn in the same group as Ghana in Africa’s final round of qualifiers for the 2018 FIFA World Cup, following the draw held in Cairo on Friday.

The five times African champions Egypt were drawn against Egypt, Congo and Uganda in Group E, as the Black Stars attempt to make their fourth straight World Cup appearance.

Egypt will be looking to revenge for their loss against Ghana in 2013, when they failed to qualify for the 2014 World Cup after losing 7-3 on aggregate to the Black Stars in the final round of the qualifiers.

Egypt will start their qualification campaign in Congo, while their second game will be against Ghana in Egypt.

They will then play Uganda away and home, respectively, before hosting Congo in their fifth match. The Black Stars will play the Pharaohs in the last group game in Ghana.