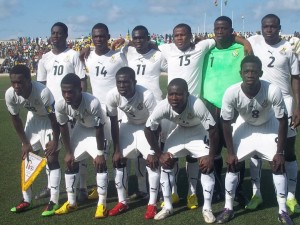 Ghana's Under-20 team is expected to play in a four-nation tournament in Italy, GHANAsoccernet.com understands.

The newly-constituted management committee has met to discuss the proposal and could play in the two-week long tournament in November this year.

The team is without a substantive coach after the Ghana federation declared the position vacant.

Berekum Chelsea assistant coach Orlando Wellington is among a tall list of coaches who have applied for the job.

Ghana failed to defend the African Youth Championship in South Africa in April.

New set of players are expected to be named for the next Ghana Under-20 team to begin preparations for the 2013 African Youth Championships.