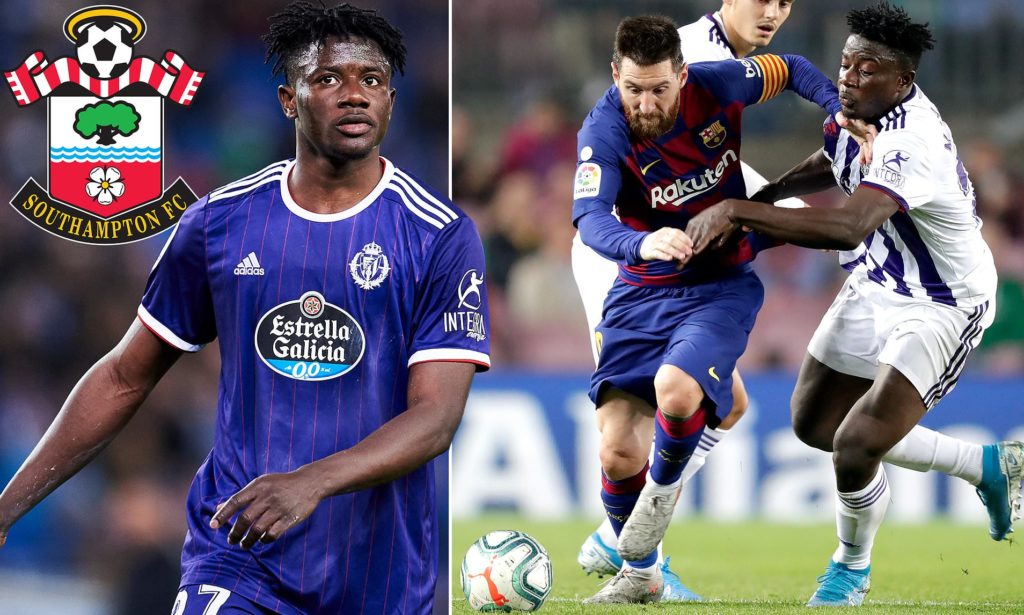 The Southampton defender has been angered by one of the Ghana Football Association (GFA)'s judicial body's decision to consider a protest by a club contesting the status of the player which previously affected his club career.

This has forced Salisu to reject the chance of playing for Ghana in this month's crucial two-legged matches against Nigeria that would decide which country qualifies for the World Cup.

The Southampton defender had finally decided to play for Ghana after several months of engagement by several Ghana FA officials and the approach of coaches Otto Addo and Chris Hughton seemed to have worked.

After he rejected several calls from Ghana, the engagement of the two coaches seemed to have brought about a change of Salisu's reluctance toward the Black Stars which led to the public declaration by his relative that he will finally play for Ghana.

His uncle Yakubu Ahmed had stated that the player will represent the Black Stars in the crucial playoff game against West African rivals Nigeria, as both teams aim to qualify for the tournament in Qatar.

“He will be playing for Ghana soon. He has assured us that he will play in the World Cup qualifiers,” Yakubu Ahmed told Kumasi-based Sikka FM.

“He cleared the air about his absence in the AFCON but assured of availability for the World Cup qualifiers.”

However, the sudden turn of events at the Player Status Committee (PSC) of the GFA seems to have angered the player to change his decision as he is angry over the latest handling of his amateur transfer tussle involving his two former youth clubs Creative Soccer Academy and Africa Talent Academy.

Salisu wanted the GFA to outrightly dismiss the case brought by Creative Soccer Academy and doesn't understand that the GFA itself does not and is not expected to interfere in the decisions of its judicial bodies.

Despite losing the case, Creative Soccer Academy appealed the decision which Salisu thinks must not be entertained by the GFA but it is erroneous as the losing party must be allowed to explore all the legal options fairly.

The issue between Creative Soccer Academy and Africa Talent Academy, where Salisu left to Valladolid in Spain, it has been revealed has been at the centre of the defender's entrenched decision not to play for Ghana for several years now.

Otto Addo and Hughton thought they had resolved the matter until this sticking point of the ruling of the PSC which is an independent body of the GFA seems have come up again.

As such he will not be available for the Black Stars for the match with Nigeria unless there is a last minute change of heart.

Football administrator Alhaji Karim Grunsah disclosed that Salisu asked him to “stay away” when he tried to convince the defender to play for Ghana.

According to the King Faisal FC owner, he was tasked by the Black Stars management committee chairman to persuade the centre-back but his attempts failed.

Salisu is currently one of the best young players in Europe, having made an impressive start to the season at Southampton.

He has taken the Premier League by storm after starring in matches against Manchester United, Arsenal and recently Manchester City.