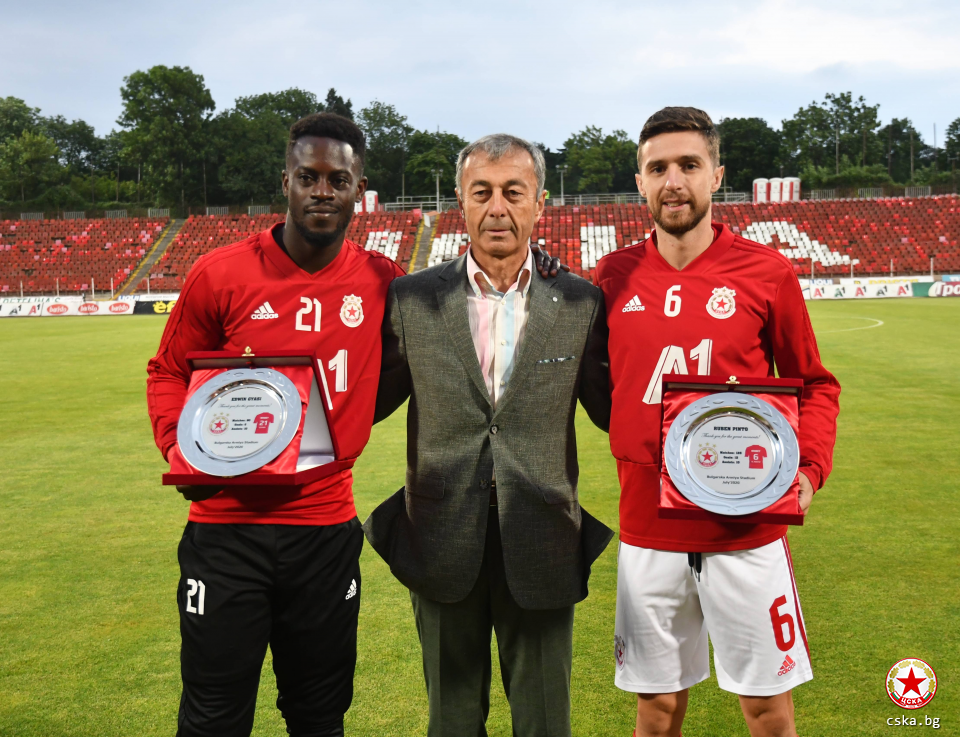 The Dutch born Ghanaian who is on the radar of Turkish giants Besiktas played his last game for the club in the 5-0 thrashing of Beroe Stara Zagora on Sunday.

Gyasi was awarded with an honorary plaque made specifically to thank him for his professionalism and dedication demonstrated during their stay in the Red Army.

The 29-year old joined the Bulgarians in 2018, making 60 appearances and scoring 6 times for the club.

He spent a brief spell on loan at Major League Soccer FC Dallas during his time with CSKA Sofia.

His departure paves way for a move to Turkey to join giants Besiktas.