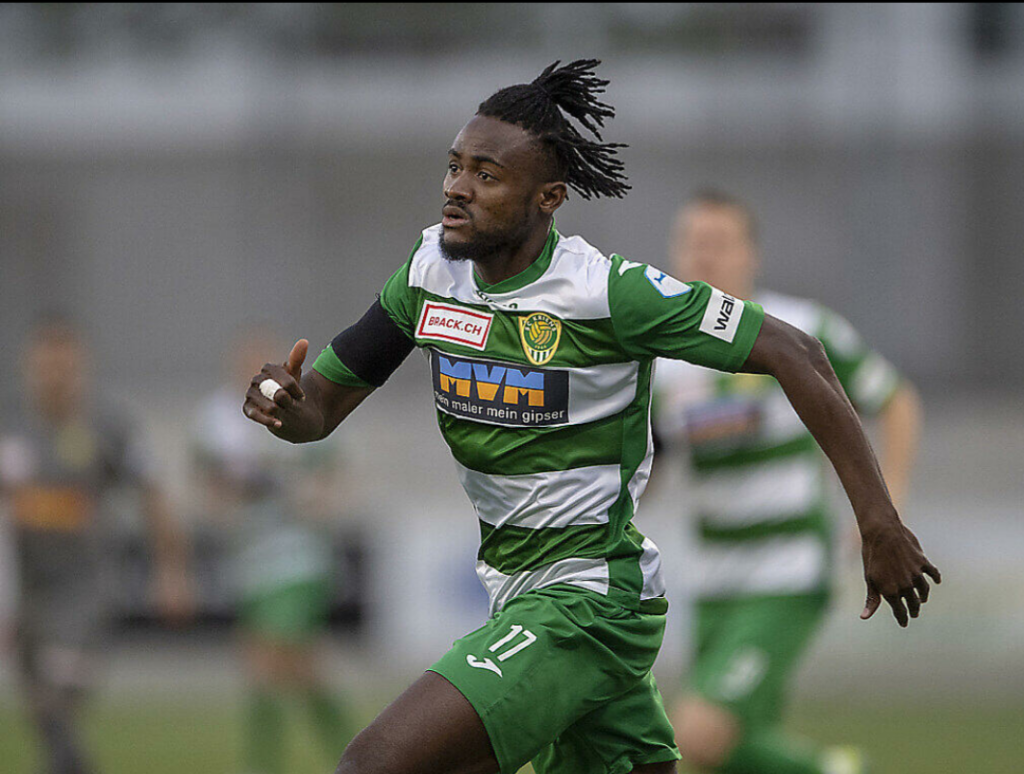 Ghanaian attacker Asumah Abubakar-Ankrah found the back of the net for the 14th time this season on Saturday in SC Kriens 4-2 victory over Chiasso FC in Swiss second-tier.

The 23-year-old, who has been lethal in front of goal, took only 14 minutes to open the scoring and set his side on their way to an impressive win.

Ankrah scored with a fine strike with Bahadir Yesilcayir doubling the lead as Kriens ended the first half with 2-0 advantage.

After the break, Svajunas Cyzas halved the deficit for Chiasso FC in the 47th minute but Robin Busset and Rrezart Hoxha extended the lead for SC Kriens with their goals on the 63rd and 70th minutes respectively.

A 78th-minute strike from Sofian Bahloul wasn't enough for the home side as SC Kriens held on to pick up all three points.

Abubakar-Ankrah has made 30 appearances for SC Kriens in his debut season, scored 14 goals and provided five assists.

He joined SC Kriens on a free transfer after ending his stint with Dutch club MVV Maastricht.