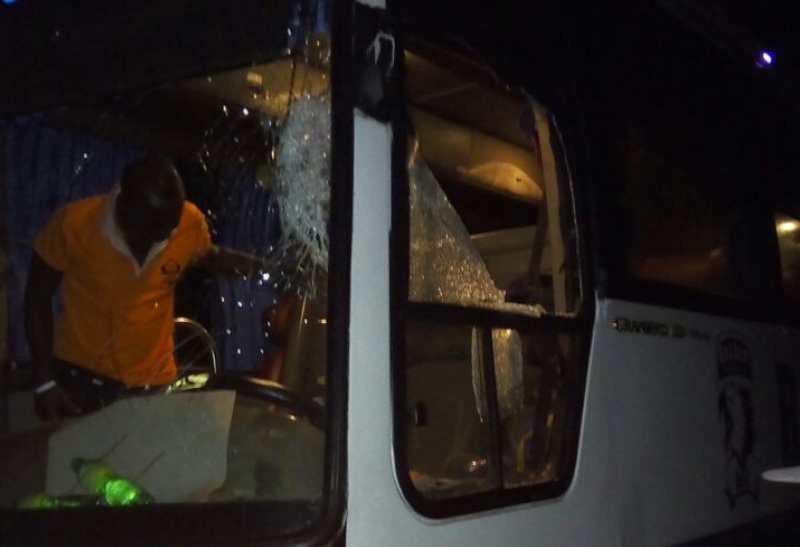 Ghana FA Cup title winners Bechem United were involved in a car accident while returning to Bechem after their Ghana Premier League win over New Edubiase United on Sunday.

The Hunters recorded no casualties in what appears to be a serious accident. A side mirror and the windscreen of their team bus were smashed.

Details remain scanty on the cause of the accident but Sunday evening's bad weather has been widely blamed for bad conditions on the road.

Bechem helped themselves to a narrow 1-0 win over relegation-bound New Edubiase United at the Gyamfi's Park in Bekwai on Sunday with Osei Bonsu scoring the solitary goal with the last kick of the match.