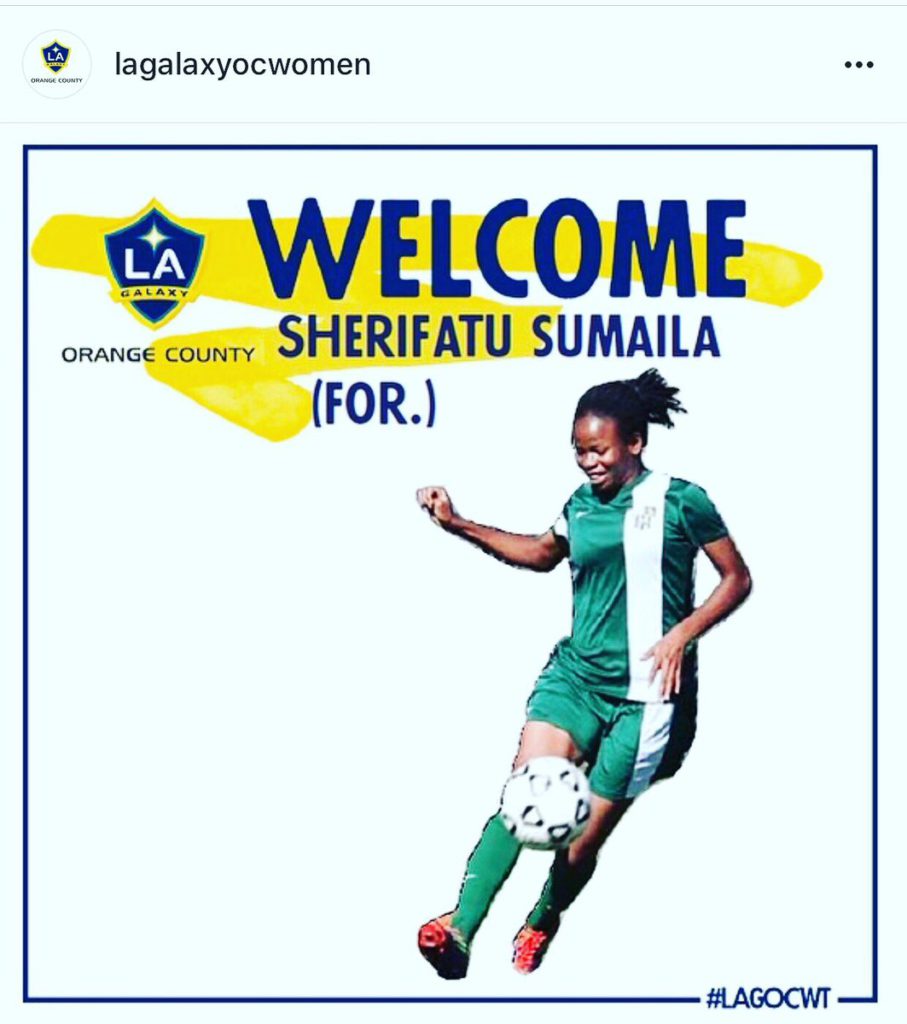 The sleek poacher took to Twitter to state her readiness for the challenge ahead," LA Galaxy OC here I come."

The 23-year-old striker was part of the famous Black Maidens team that won Bronze in Azerbaijan in 2012 and was a member of the Black Princesses team that participated at the FIFA U-20 Women World Cup in Cananda.

She is yet to feature for the senior national female team, the Black Princesses.