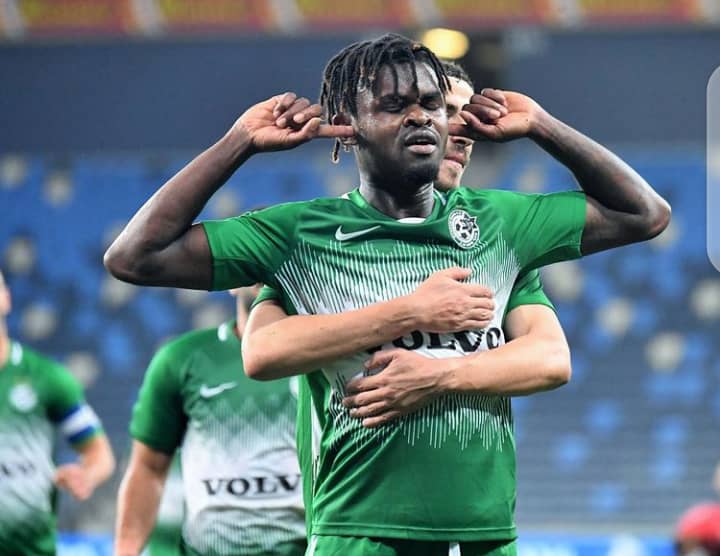 Ghanaian forward Godsway Donyoh has won the Israeli League for the second year running after helping Maccabi Haifa to success.

The former Manchester City attacker climbed off the bench to feature in the 3-1 defeat to Maccabi Tel Aviv, but it was enough to see the Greens defend their title.

Maccabi Haifa's closest rivals Hapoel Beer Sheva are six points behind them with two games remaining but have a goal difference advantage of 24 goals.

Maccabi Haifa also won the Israeli Cup earlier in the campaign to make it a double in the 2021/22 season.

Meanwhile, the player's contract with the Israeli champions expires in June and has decided to move for another challenge.

Donyoh is already attracting interests from club in the topflight following another decent campaign with Maccabi Haifa.

Godsway Donyoh started his career in Ghana with the Right to Dream Academy before moving to England to join Manchester City. He also played for Djurgardens, Dynamo Dresden and FC Nordsjaelland.