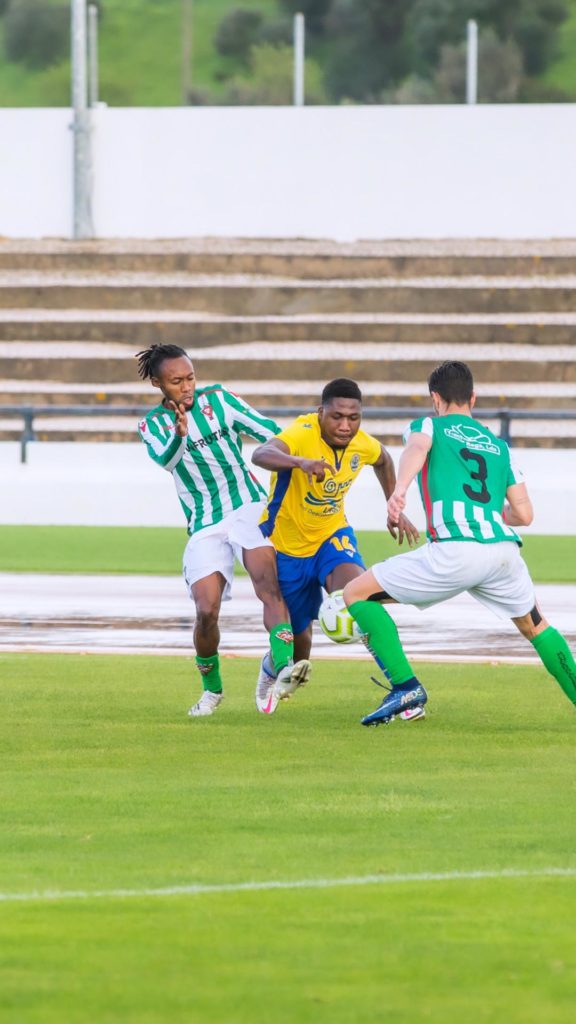 Former Ghana U-17 star Henry Mendarious produced an outstanding display to help Esperanca Lagos to a thrilling draw against Moncarapachese in the Campeonato de Portugal league.

Medarious who lasted the entire duration was a menace on the flanks causing problems for Moncarapachese‘s defence.

Pedro Rodriguez game the home side the lead before the visitors leveled.

Moracas then restored the lead for Lagos but a resilient Moncarapachese fought back to peg the home team once again.

Medarious’ compatriot Simon Zibo then shot them into the lead but the game produced late drama as Moncarapachese pulled parity.

Medarious, a member of Ghana’s U-17 team in 2015, joined the Yellow and Blues last summer and has quickly established himself as a key member of the team.

The 23-year-old has made 6 appearances and scored a goal in the campeonato de Portugal this season.