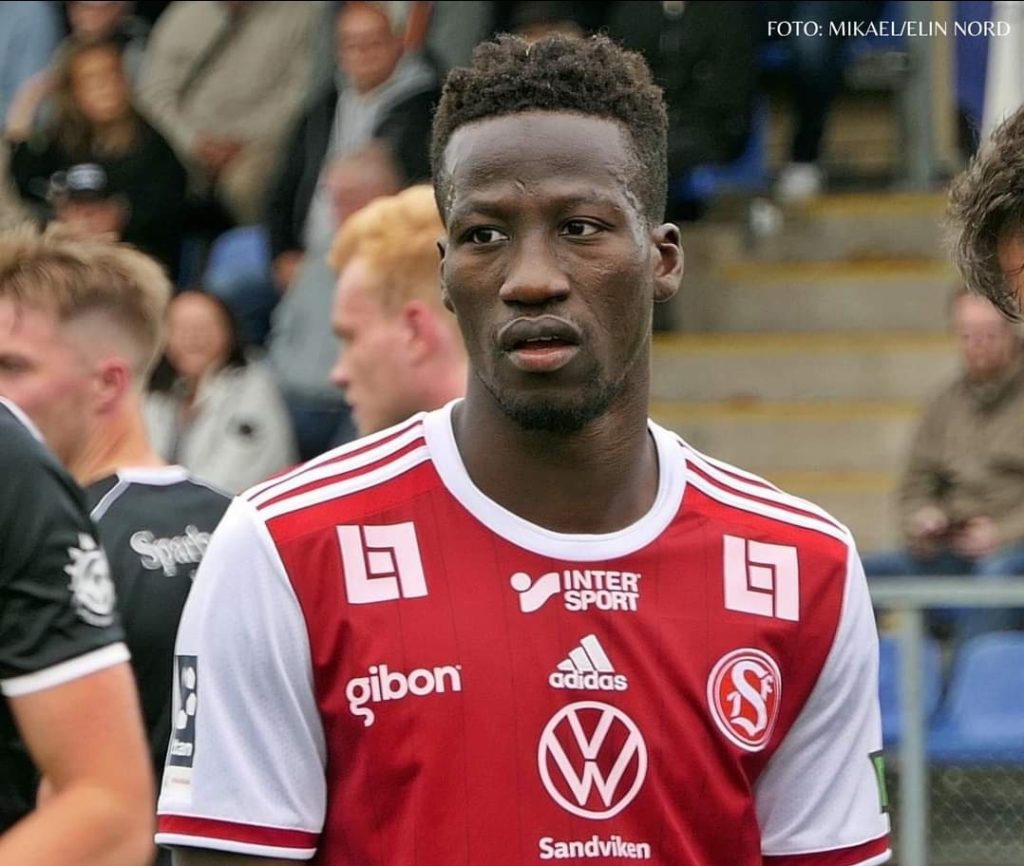 Ghanaian attacker Mohammed Naeem took his goals tally in the Swedish Ettan Norra to 19 goals on Saturday when Sandvikens IF beat Umea FC at away.

Sandvikens made a step closer to securing promotion to the Swedish Superettan after recording a 3-1 victory in round 25 of the Swedish Ettan Norra.

Nigerian forward John Junior Igbarumah scored the opening goal of the match to put the visitors ahead in the 11th minute.

Sandvikens restored their advantage in the 58th minute through Jonathan Tesfay.

Naeem was introduced in the match in the 62nd minute when he took the place Tesfay for him to seal the victory for Sandvikens in stoppage time.

Naeem benefitted from a big blunder by Umea goalkeeper Pontus Eriksson who failed to clear a lose ball.

The 25-year-old Ghanaian forward has scored 19 goals in 20 appearances for Sandvikens in the Swedish third-tier this campaign.