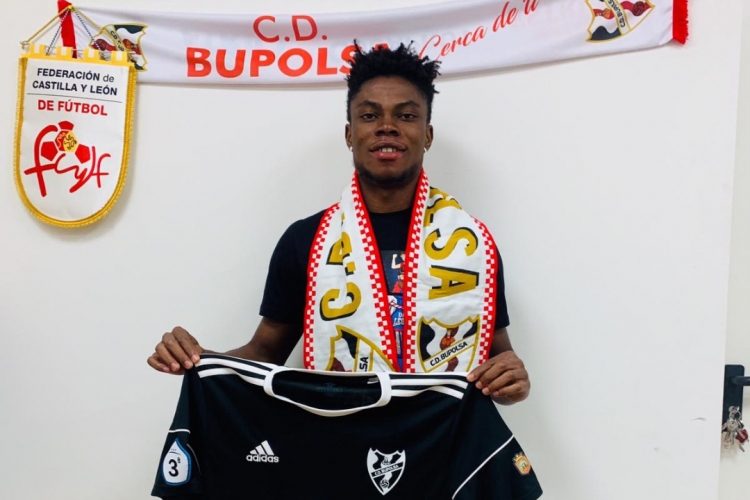 The 20-year old joins the Tarcera Division side on a year deal after his contract with Valladolid came to an end.

Asamoah put pen to paper after passing his mandatory medical.

Last season, the budding forward spent time on loan at Atlético Tordesillas, where he made 17 appearances, scoring twice.

Victor Asamoah moved to Spain in 2018 to join the White and Violets but spent most of his time with the youth team and on loan.

His move to Bupolsa is expected to see him earn regular play time as he continues his development as a footballer abroad.

He was part of the African Talent contingent, which included Mohammed Salisu that left for Spain in 2018.

Compatriot Isaac Amoah has since been promoted to the senior team.