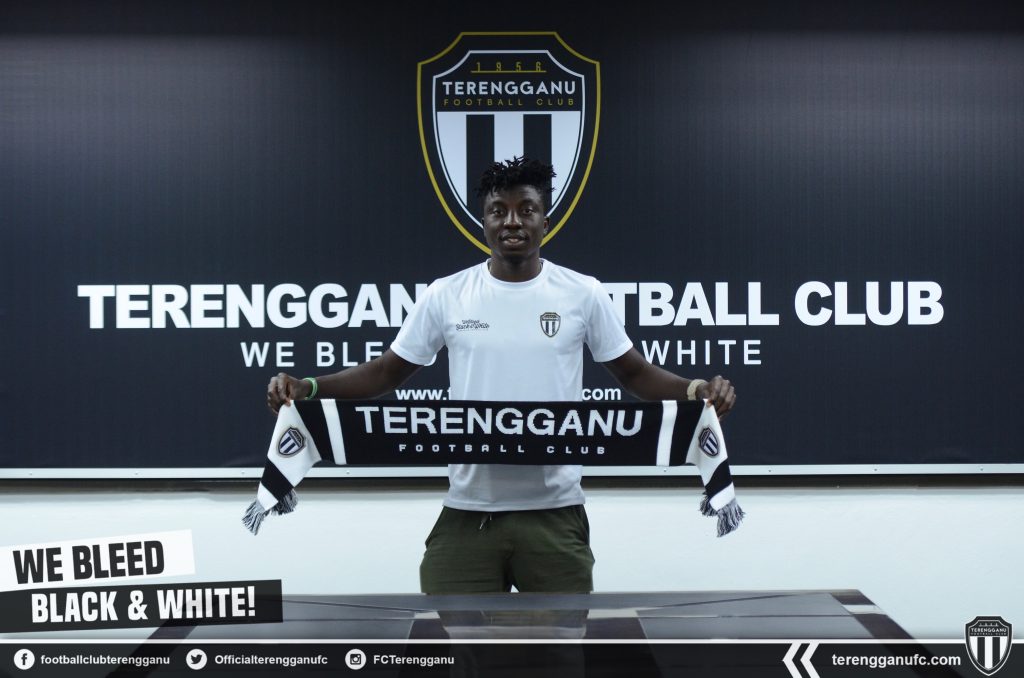 Mintah has joined the side as a high-profile player after winning the top scorer award in the Philippines with an incredible 31 goals in 24 appearances last season.

He also won the golden shoe award in the previous season with 19 goals.

The Ghanaian forward was a cult hero in Philippines where he dazzled with his immense quality and goal scoring prowess.

He is expected to be key for Terengganu FC where his goal scoring prowess will be relied  on to deliver the domestic trophy.

The former Wassaman United  and Stallion FC striker was adjudged the discovery of the 2011/2012 MTN FA Cup.