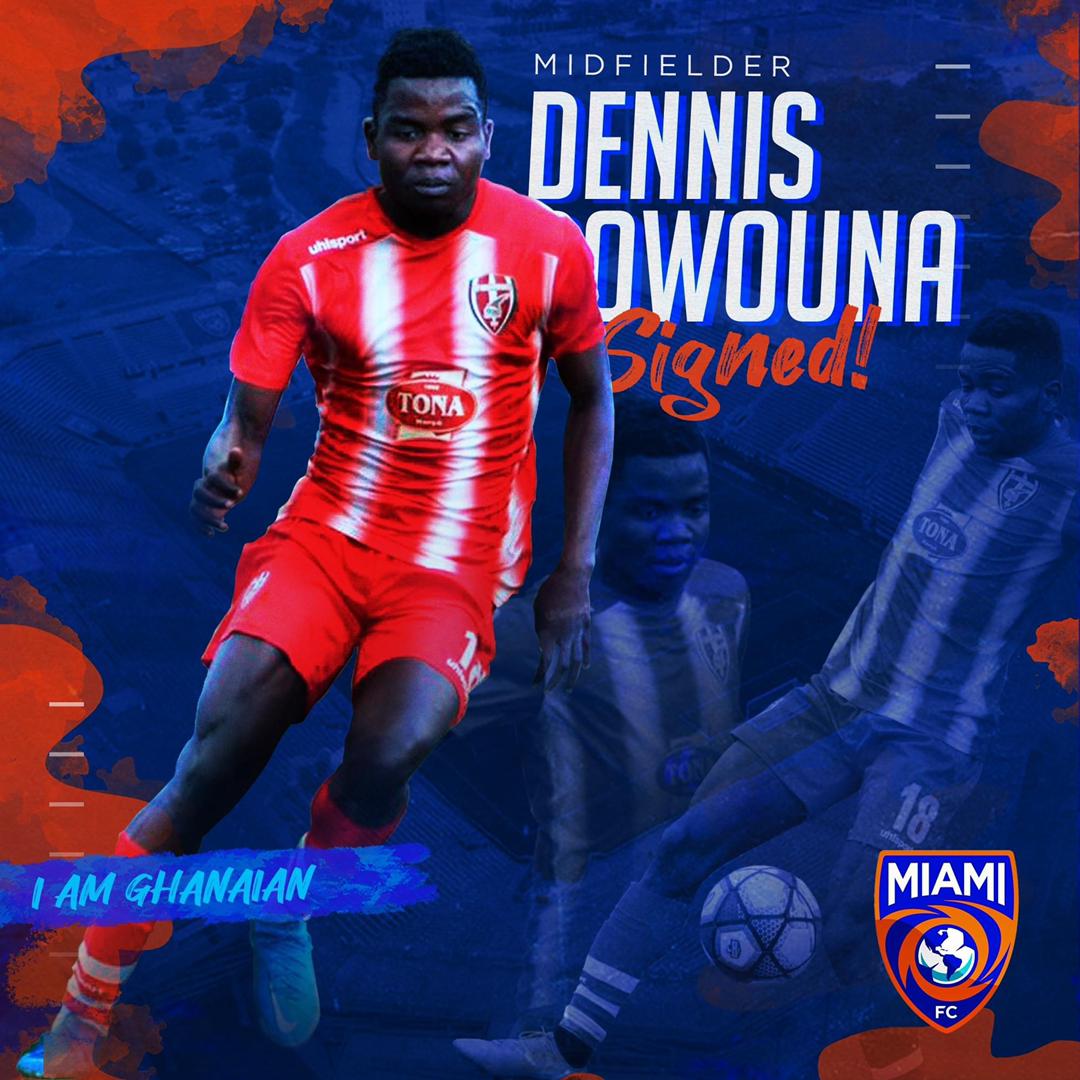 He has joined Miami FC joining from Albanian topflight club KF Skenderbeu through 2023.

However, the deal is pending league and federation approval.

The 21-year-old defensive midfielder is another young prospect signed by the USL Championship club during the offseason.

"Dennis is a young midfielder who we believe in the right environment can continue to grow and develop into a very good player at this level," said Miami FC head coach Anthony Pulis.

"He is very comfortable on the ball, breaks up play well and does the basics to a very high level."

Dowouna is the third under 23 player signed by the Miami FC during this offseason, along with Aedan Stanley and Christian Sorto.

Pulis is confident that the Ghana international will fit in with senior midfield players like Devon "Speedy" Williams, Junior Palacios and Bolu Akinyode.

"Working alongside and competing with experienced midfielders like Speedy, Bolu and Junior every day will help bring his game onto another level," said Pulis.

"I'm looking forward to working with a top young man who is driven & extremely motivated to do well."