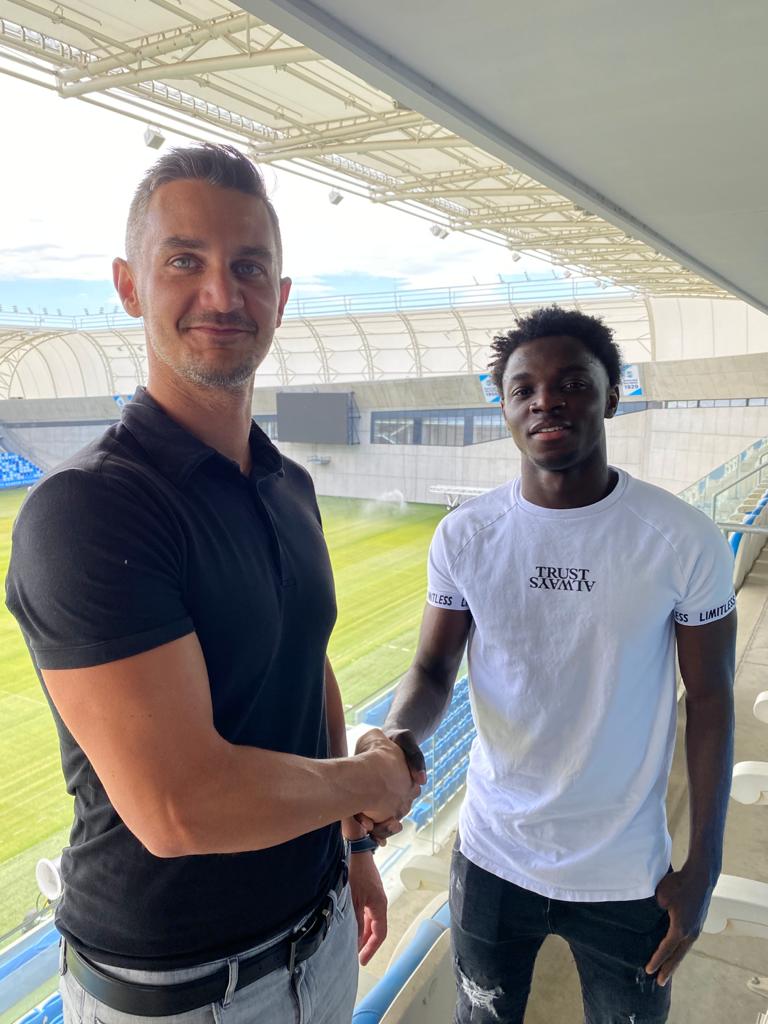 Hugely-talented Ghanaian teenage prodigy Clinton Osei has been signed by Hungarian giants MTK Budapest to boost their ranks ahead of the start of the new season, Ghanasoccernet.com can exclusively reveal.

The 18-year-old signed the permanent contract with the Budapest-based club on Thursday afternoon after spending weeks with the junior side.

The striker, who was being targeted by several clubs in Europe, signed the contract to complete his move from Ghanaian second tier club Kowa Naso.

The former Great Farcos youngster signed a three-year contract with MTK Budapest and the financial details of the transfer was not revealed by the Hungarian side.

MTK Budapest won the race to sign the pacey striker after showing his agents how the player can play regularly with one of the most successful Hungarian clubs.

The explosive player will now join the professional ranks of the club and train with the first team after sealing the deal which would help him continue his development, says his UK-based agent Tony Appiah.

“The major plan is for Clinton to play football regular football in Europe and MTK Budapest offer that opportunity thus securing his continuous growth and development,” Appiah told Ghanasoccernet.com. 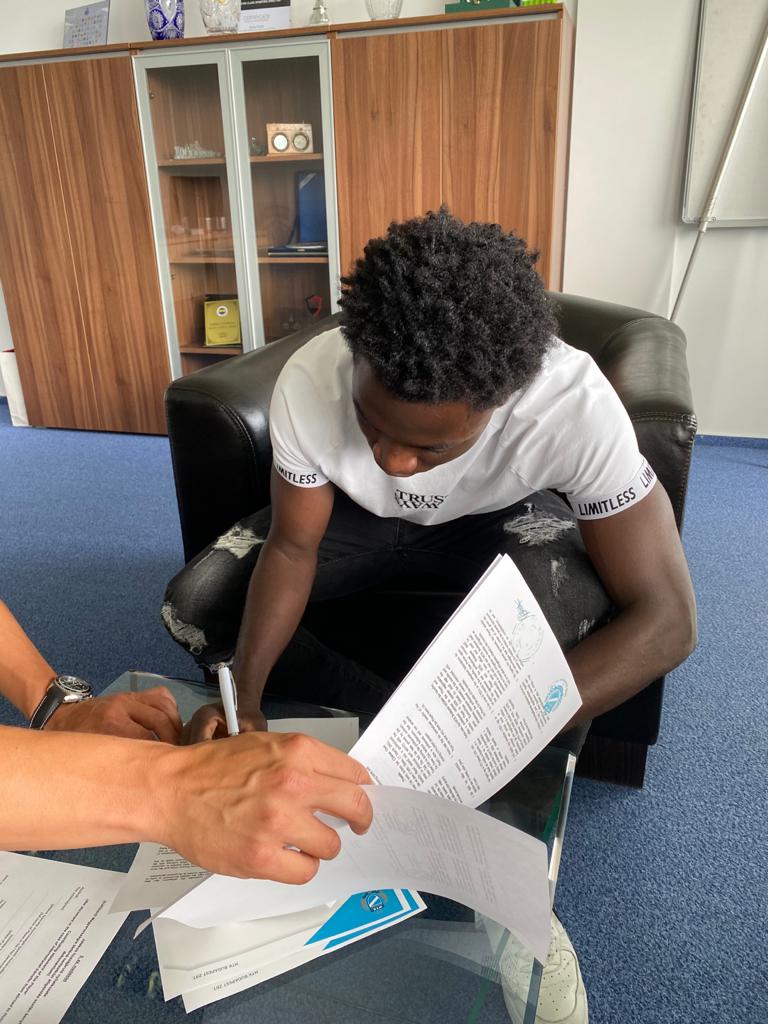 Clinton Osei signs for MTK Budapest
“Clinton is a very humble and God fearing player with a big ambition of making it to the top of world football. This can be attained only with dedication and hard work.

“These are the qualities needed for young players to be able to thrive in the very competitive European setting and based on what we have seen on Clinton so far we are confident he will reach the top.”

Osei will start training with MTK Budapest on Friday as head coach Michael Boris and his charges continue their preparations for the new season.

The Ghanaian youngster will be seeking to follow in the footsteps of the legendary Abedi Pele who played for Great Farcos at the youth level before going on to greatness in world football. 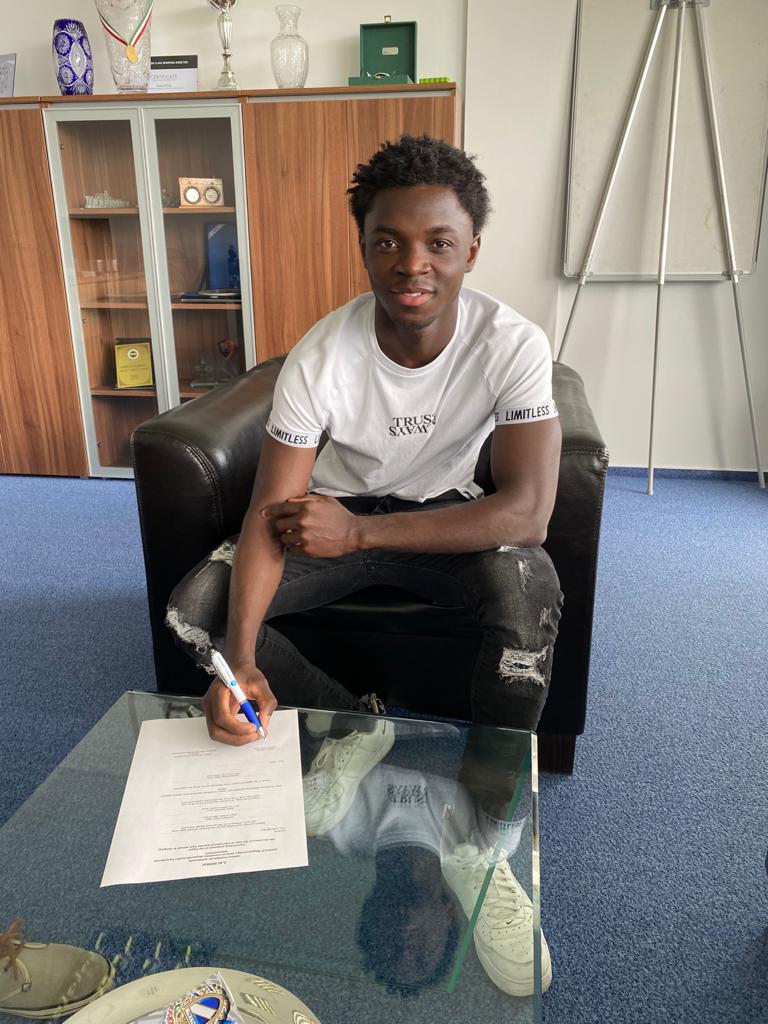 Clinton Osei signs for MTK Budapest
The team currently plays in the Nemzeti top-flight league and its colours are blue and white.

The club has also won the Hungarian Super Cup 2 times.

The club founded the Sándor Károly Football Academy in 2001. The Academy also has a partnership agreement with English club Liverpool.