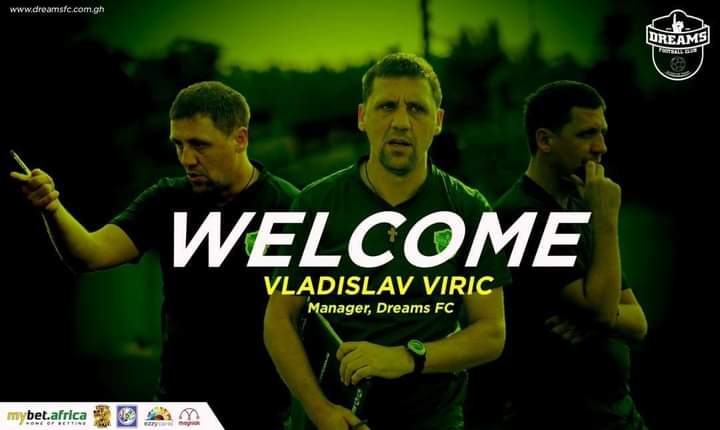 The Still Believe Club have been poor in the ongoing Ghana Premier League.

The team is currently placed 16th on the league log with six points after matchday seven.

Dreams FC have recorded just one win in the ongoing season despite the massive recruitment done prior to the start of the season.

The team beefed up its squad with some top signings such as former Hearts forward Joseph Esso and ex-Olympics striker Abel Manomey.

With relegation starring at the face of the Still Believe Club, Dreams FC have appointed the UEFA License A holder to revive their league campaign.

"I met the owners of Dreams FC during my stay here with Vision FC, we built a great relationship which I am hoping to continue. Dreams FC is a Premier League Club and I know it comes with extra responsibility but I promise I will deliver", Coach Viric said after his appointment.

"Dreams FC has a lot of quality players but the results aren't reflecting the quality of football we play. Football is about goals and we have to play for goals. We will play for every point and make sure we improve as a team to achieve the club's goals", he added.

Meanwhile, Coach Karim Zito will continue to hold his role as the club's Technical Director.

Dreams FC host Ebusua Dwarfs on match day eight at the Theatre of Dreams in Dawu.