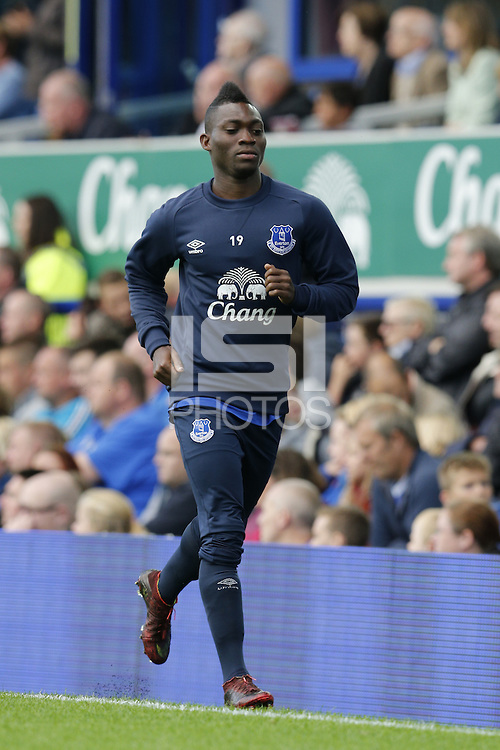 Black Stars winger Wakaso Mubarak is tipped to mark his debut for Scottish giants Celtic on Thursday night in the Uefa Europa League after failing in two attempts.Â

The 24-year-old has travelled with the Glasgow giants to Austria where they are billed to face Austrian Bundesliga side Red Bull Salzburg. Wakaso is on loan a season-long loan spell from Russian side Rubin Kazan' but has failed to mark his debut since arriving at the club but his debut could come on Thursday night as manager Ron Deila has named him in his squad.

There are several other Ghanaians who are also likely to be in involved in games for their clubs as the competition rows back into action.

Four Ghanaian players are expected to clash at theÂ Parken as Danish side FC Copenhagen face Finnish side HJK Helsinki. The Danish Super League title-holders are seeking to triumph over the competition's minnow but will have to battle a lot of experienced players. One of them, Black Stars midfielder Anthony Annan. The 28-year-old is expected to bring his experience in Europe to bare for the Finnish side while former Asante Kotoko defender Gideon Baah has also made the trip with the squad.

Copenhagen - the host, have a Ghanaian pair in their folds. Midfielder Daniel Amartey is expected to start while Danish-born attacker Danny Amankwaa could start the game from the bench.

Romanian side Astra Guirgui are in Croatia to take on giantsÂ Dinamo Zagreb in a tightly anticipated clash. Defender Lee Addy was not registered for the competition due to injury by Dinamo but Ghanaian pair of Seidu Yahaya and former Heart of Lions forward Sadat Bukari are in the Astra squad for the game.

Young defender Isaac Donkor was registered by Inter Milan for the competition but has failed to make the Nerazzurris squad for their trip to face Ukrainian side FC Dnipro.

Dutch-born attacker Elvis Manu is expected to lead the charge for Feyenoord who are in Spain to face La Liga outfit FC Sevilla. Manu powered Feyenoord to the group stages of the competition with a late strike against FC Zorya.

Everton manager Roberto Martinez could hand a debut to Ghana winger Christian Atsu as the Toffees take on German Bundesliga side Wolfsburg at the Goodison Park.

Former Hearts of Oak star striker Samuel Afum is expected to translate his scoring form from the Swiss Super League to Europa League for Young Boys Bern who are favourites againstÂ Slovan Bratislava.

Former Ghana U17 attacker Emmanuel Boateng is likely to play for Portuguese side Rio Ave who are facing what looks like a tough task from Ukrainian sideÂ Dynamo Kyiv.

Ghana striker Abdul Majeed Waris is expected to play his second game for Turkish side Trabzonspor who are in Ukraine to play againstÂ Metalist.

Belgian-born defender Denis Odoi is a sure starter for Lokeren who are in Poland to play againstÂ Legia Warszawa. Former Liberty Professionals young attacker Eugene Ansah is not in the Lokeren squad for the game.