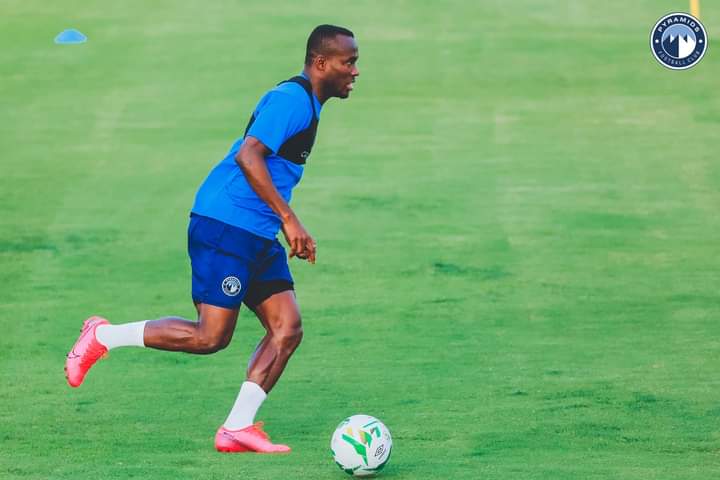 Antwi had a significant decline in his level during the CAF Confederation Cup game against Raja Casablanca.

The highly-rated attacker has declined in form this season having played 8 matches in the Egypt Premier League with no goal.

He has also scored only once in the CAF Confederation Cup this campaign in 4 appearances.

The Argentine trainer expressed his dissatisfaction at the level of Antwi and is keen to speak with the player individually, in order to stress the need to restore his focus and confidence and work to get back to his best in the coming days.

Aruabarina assured the Ghanaian that he is a distinguished striker and has all the qualities to lead the Pyramids attack provided that the player works to restore his level and shows that he has the desire to do so.

Pyramids suffered a 3-0 loss to Raja in the match at the Air Defense Stadium in Cairo.