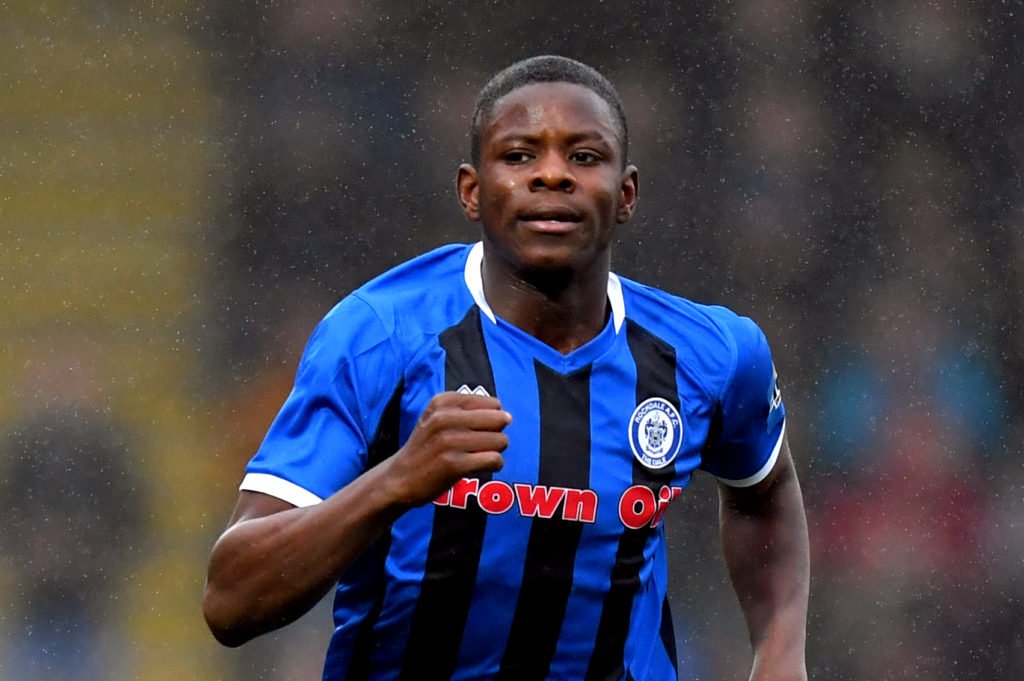 The teenager scored twice in the first half when Rochdale were leading 4-2.

Baah found the back of the net in the 21st and 31st minutes with the other two goals Mathew Lund and Stephen Humphreys for the Dale.

Charlton came from the two-goal deficit in the first half to draw level in the second half as the game ended 4-4 at full-time.

Two goals from Chuks Aneke and two others from Jake Forster-Cakey and Ronnie Schwartz ensured Charlton picked a point at home.

Baah, 17, has been described as a "special talent" by Rochdale manager Brian Barry-Murphy.

The highly-rated forward, who came through the ranks at Crystal Palace before dropping into non-league has shown his quality since making his senior debut in December 2019.

Baah has bagged 3 goals in 9 appearances for the Dale in the League One this season.