Ghanaian trio Harrison Afful, Patrick Nyarko and Latif Blessing have been named in the all time best XI players from Africa to have played in the Major League Soccer.

The trio earned their spot in an eleven named by MLSsoccer.com following their impressive performances in the MLS.

Big names from the continent like two time African player of the year Dedier Drogba missed out on the squad.

Afful has been brilliant for Columbus Crew since joining from Esperance de Tunis in 2015, making 119 appearances for the Gold and Blacks. He has been their most reliable right back.

Patrick Nyarko, who played for D.C United and Chicago Fire in the MLS made a total of 236 appearances for both clubs. The winger was unplayable in his prime at Chicago Fire.

Latif Blessing continues to dazzle at LAFC, and has been a key cog in coach Bob Bradley's sides since the California based club made their MLS debut. The 23-year joined LAFC from Sporting Kansas City, and has made 89 MLS appearances.

Other players in the team are goalkeeper Bounal Coundoul, defenders Chris Mavinga, Bakara Soumare and Ambroise Oyongo with Ivan McKinley and Steve Zukuani completing the list.

Below is the compete squad 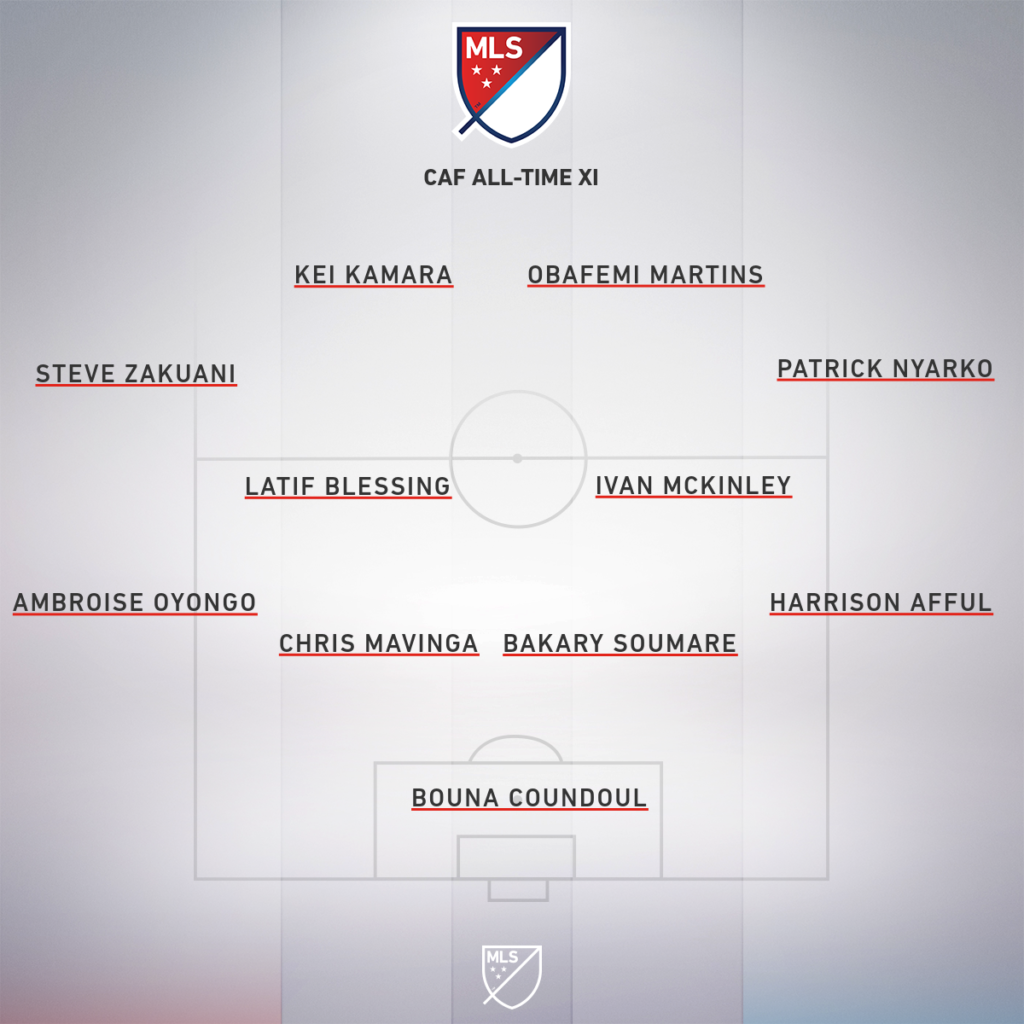