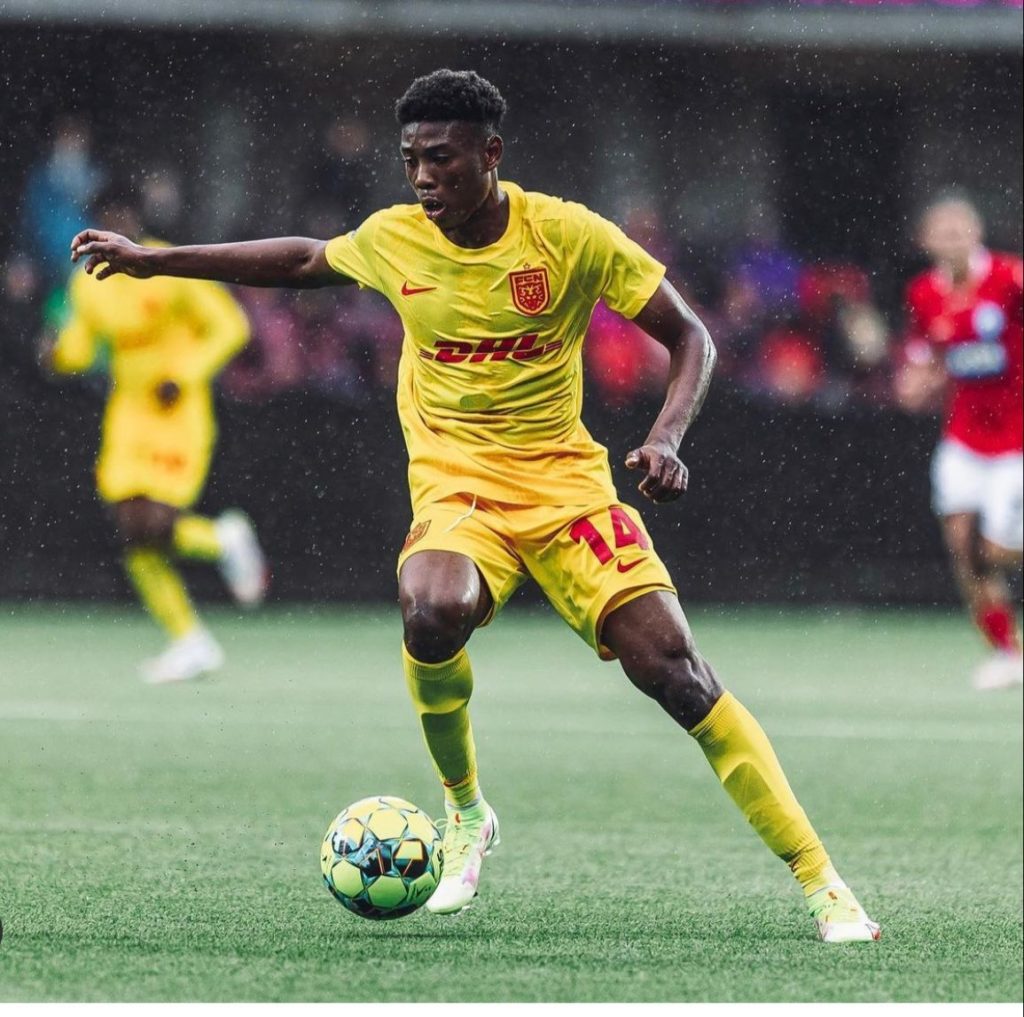 Ghanaian midfielder Abu Francis displayed an outstanding performance in FC Nordsjælland's 2-0 away defeat to Vejle Boldklub in the Danish Superliga.

The visitors certainly started with intent, although it was short-lived, Ivorian defender Lasso Coulibaly scored an own goal in the 24 minute as host Vejle had the opening goal in the game.

The former Right to Dream player, Abu Francis tested the Vejle defense and should have gone ahead to equalized for Nordsjælland but he dragged his shot wide.

Vejle attacker Andres Ponce slotted home to extend the lead under no pressure in the 33rd minute after being set up by Lukas Engel.

The 20-year old nearly salvaged the pride for Nordsjælland in the second half before he was substituted in 66th minute but his shot was well saved by the goalkeeper.

The Vejle goalkeeper had to do his best to deny Abu Francis a goal who was rated 7.0 after lasting 66 minutes on the pitch.