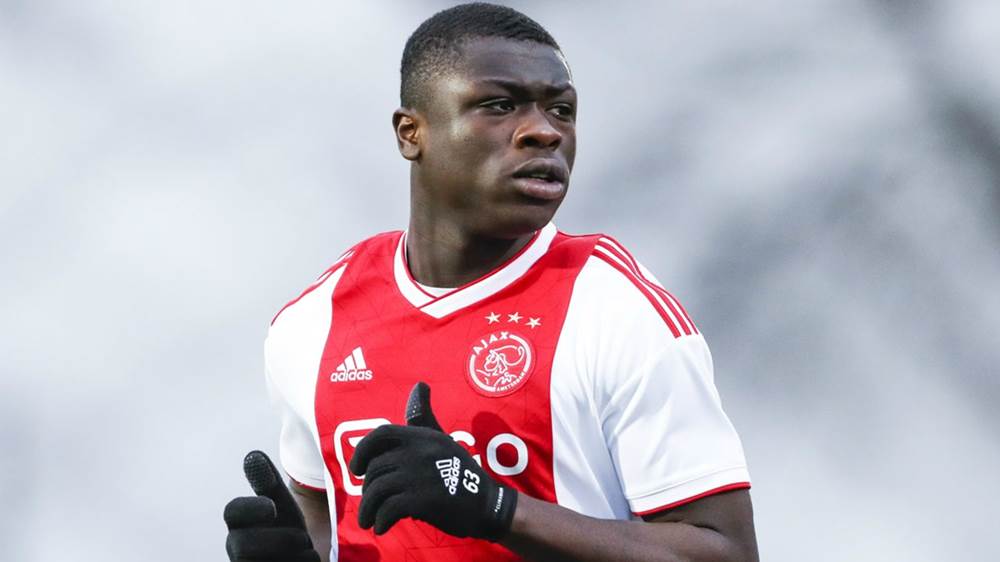 Ghanaian youngster Brian Brobbey could leave Ajax during the January transfer window due to his refusal to extend a new contract.

Ajax are reportedly growing impatient with the player's decision and could allow him leave.

The Dutch giants wants to hand Brobbey a new contract after extending the deals of a number of their top talents in recent months including Devyne Rensch, Sontje Hansen, and Ryan Gravenberch. But the highly-rated froward has so far refused.

The 18-year-old is coming into the final months of his current deal and is currently free to talk with other clubs.

Ajax are trying hard to get the forward to sign a contract but so far no agreement has been reached with Brobbey or his agent Mino Raiola.

Brobbey has made three appearances for Ajax’s first-team this season but finds himself pushed further down the pecking order by the signing of Sebastien Haller last week.

The youngster also has to compete with Lassina Traore and Klaas Jan Huntelaar for the one striker position in Erik ten Hag’s line-up.

Despite the €22.5 million signing of Haller, which some believe only happened because of the Brobbey situation, Ajax director Marc Overmars is adamant that they are doing all they can to keep hold of the Netherlands youth international. He told ESPN, “We certainly do not say goodbye to Brobbey.

“I absolutely hope he will join in because he has everything he needs to succeed here. We know him, he’s been here for at least ten years. It’s a good match for the future. He’s only eighteen.”