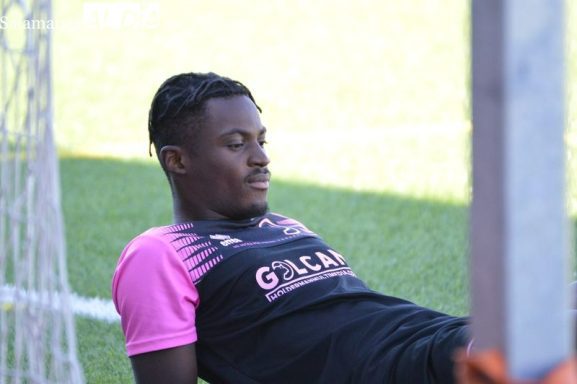 Ghanaian youngster Isaac Korankye Obeng has ended his loan spell at Spanish third-tier club Unionistas de Salamanca CF after the first half of the season, GHANAsoccernet.com can confirm.

The 19-year-old right winger was on a season-long loan from Primera La Liga side RCD Espanyol B but has cut his stay short after six months.

The young attacker didn't turn up for training in the last few days, confirming his departure from the Salamanca based club.

Obeng is leaving Unionistas in search of more playing minutes elsewhere after struggling for minutes since the beginning of 2022-23 campaign.

The Ghanaian managed to make only eight appearances out of 17 matches in Primera Federacion Group I with none of them being a start for the youngster.

In total, Obeng played just 81 minutes across the six months spell at Unionistas.

Obeng was part of the Espanyol Youth team last season while the previous season he enjoyed another loan spell at Elche Youth team.