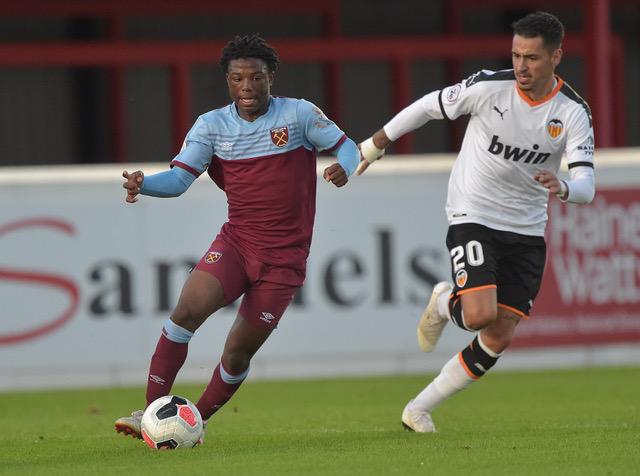 Ghanaian youngster Keenan Appiah-Forson was in superb form for West Ham United’s U23 side who posted a 1-0 win over Spanish Laliga side Valencia ‘B’ team in the Premier League International Cup.

The London club opened up their Premier League International Cup Group B campaign with a 1-0 win over Valencia ‘B’.

Forson, who has been an instrumental figure of West Ham U18 team was handed a starting berth in the U23 team for the first time following his impressive displays for the Hammers this season.

An early strike from Nathan Holland was enough to separate the two sides at the Chigwell Construction Stadium in a tense encounter.

The three points saw West Ham go top of their group, with Brighton & Hove Albion and VfL Wolfsburg of Germany yet to play.