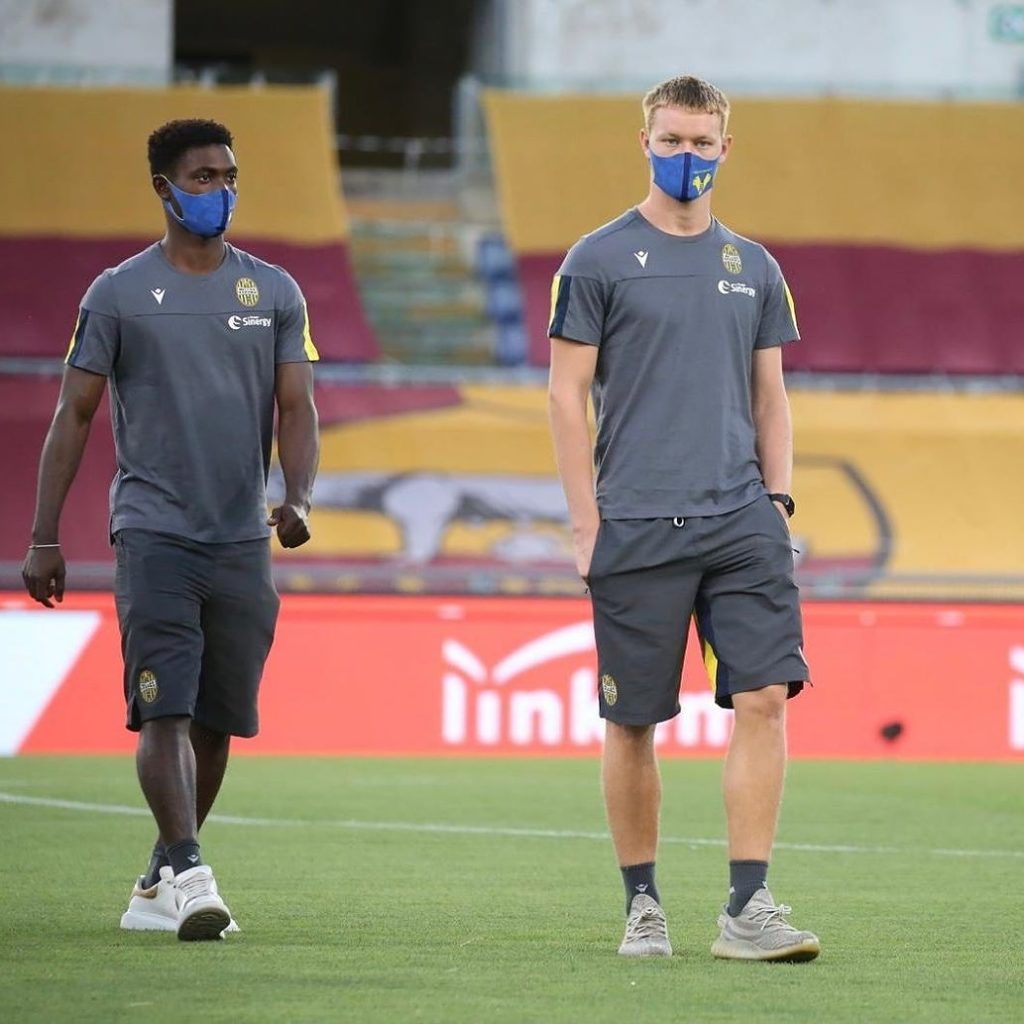 Ghanaian teenager Philip Yeboah has expressed joy after being called up to be part of Hellas Verona's first team squad in the Serie A game against Fiorentina.

Philip's exceptional rise in his burgeoning football career has been remarkable as he was promoted to Hellas Verona's primavera side (U19) last season after a magnificent campaign (25goals) in the U17 division.

"I feel very good. It's very nice to go with the first team, it's a fantastic emotion," he said.

At 17, he is already a candidate for selection next year for the senior squad after he was handed the number 35 Jersey after restart of the league.

"One day I hope to be able to make my debut with the yellow and blue," added the teenager.

This season he made 17 appearances for the primavera side scoring 5goals and providing 4 assist in the process. He also played a critical role in the U19's qualification to the finals of the Coppa Italia in the Youth division

Philip is one of many young talented footballers in Italy managed by astute Ghanaian FIFA agent Oliver Arthur, under his ArthurLegacySports Agency.