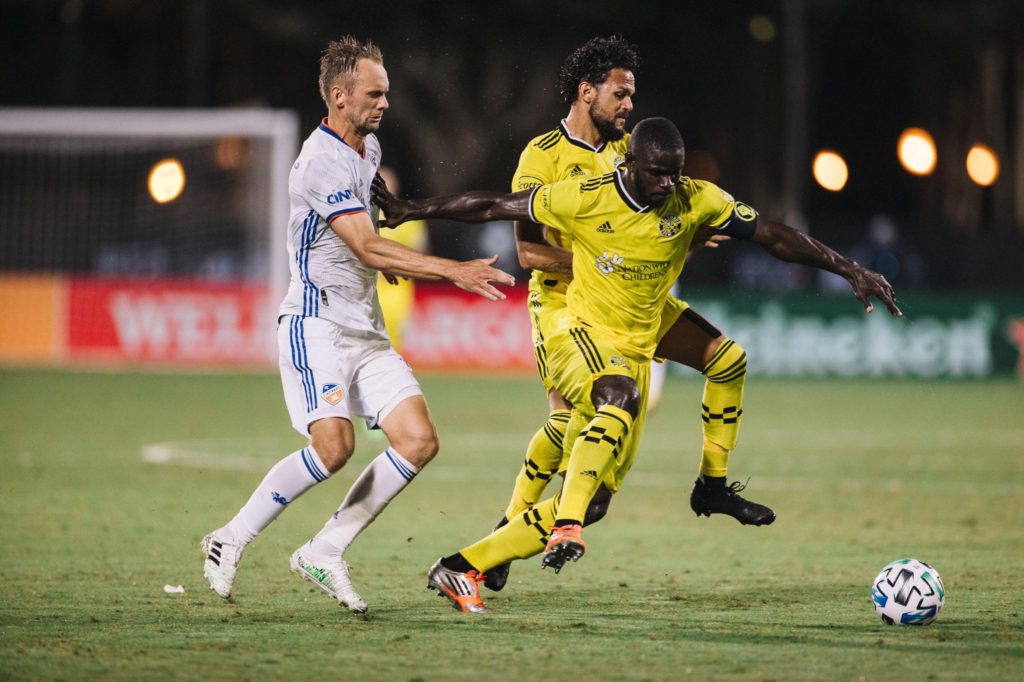 Ghana defender Jonathan Mensah has expressed his excitement over Columbus Crew’s 4-0 win against Cincinnati FC in the opening fixture of the MLS Is Back tournament on Saturday night.

Argentine attacker Lucas Zelarayan scored with a free kick in the 27th minute that curled over the wall and just tapped the post.

Gyasi Zardes extended the visitors advantage three minutes later before adding his second goal in the 49th minute with an assist from Zelarayan.

Youness Mokhtar added the final goal in the 60th minute.

Mensah and compatriot Harrison Afful played the entire duration for the victors.

The former took to Twitter to register his delight over the result and quickly turned his attention to the next match.

“Great performance from the team last night, way to get our first 3points. We rest, recover and go for more. #Crew96 🖤💛💪🏽🙌🏽

The 24 teams playing in the World Cup-style tournament are divided into six groups for the preliminary stage, with results counting toward the regular season.

Nashville SC and Dallas FC were forced to withdraw because of positive tests.