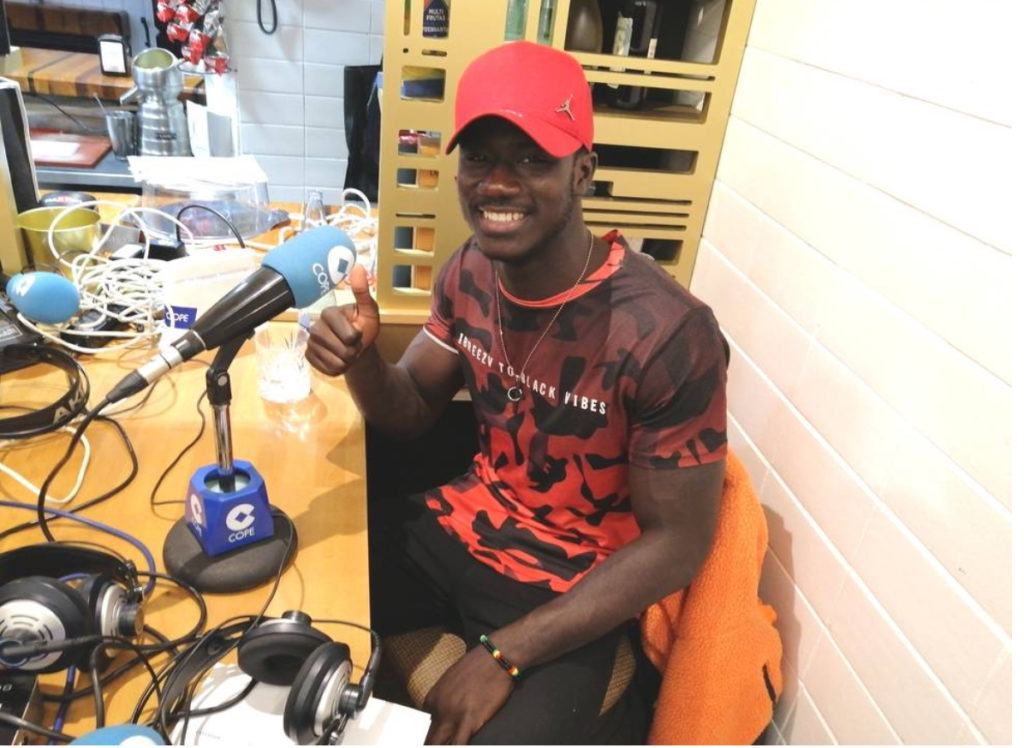 Ghana youth striker Samuel Obeng has expressed surprise over his performance at the just ended U23 AFCON, and claims he will use the experience gained at the tournament to help club side Real Oviedo achieve league dreams.

Obeng has rejoined his Oviedo teammates as they aim to end the first half of the Spanish Segunda Division campaign strongly.

Despite Ghana’s failure to pick of the three tickets to  the Olympic Games in Tokyo, Obeng was the Black Meteors’ outstanding players — netting three goals and tallying one assist.

The 22-year-old could not hide his delight over his personal display for the team.

He touched on his expectations for Real Oviedo for the rest of the season.

“In the African Cup U23, at the group level we have been one step away from the Games. On a personal level, it has been better than I expected," said the striker in Sports COPE Asturias, in an interview in Cafeteria La Paloma restaurant.

"We have played before 70,000 fans. I was focused on the game. I found out after the amount of people there were. In these situations, I throw forward," Obeng says. "It was an extra motivation to know that the people of Oviedo were aware of what I was doing."

The blue player describes his arrival in Oviedo as "an immense joy." "What I had in my mind was to make a dent in the Vetusta call. Last year they had a great team and I still didn't see myself to be an important player in the subsidiary. But Egea got me up. At first, I was nervous but I I adapted well. The call for Riazor was very big. Together with the African Cup, it was my most important moment so far, "he said.

"Now we are in a difficult situation, but in the face of adversity we have to claim. I am prepared. I have become a player with more confidence because of how the Cup has been given," says Obeng, who aims to settle in the First ovied team. At the moment, it has a contract for another season in Vetusta, with the relevant clauses to get the final promotion.”

Obeng has scored one goal in five matches for the club.