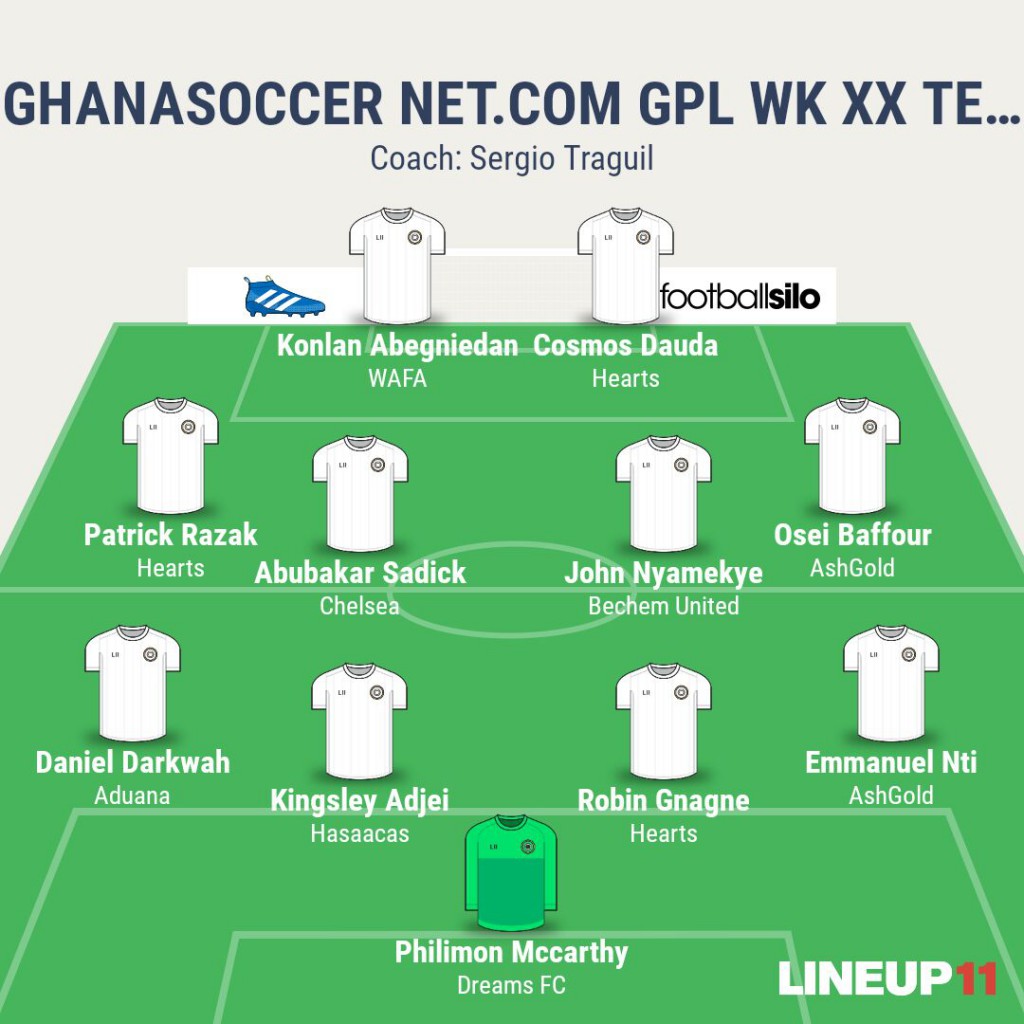 Dreams FC's Philimon McCarthy and Cosmos Dauda of Hearts of Oak are making the headlines for their stupendous performances for their clubs in the Week XIX clash of the Ghana Premier League.

While Dauda scored the only goal to hand new Hearts coach Sérgio Traguil his first victory, McCarthy pulled ten saves in Dreams' away victory over Liberty to beat his close competitor Fatau Dauda for the goalkeeper of the week.

Accra Hearts of Oak won Ghanasoccernet.com' club of the week with their coach Sérgio Traguil emerging the manager of the week.