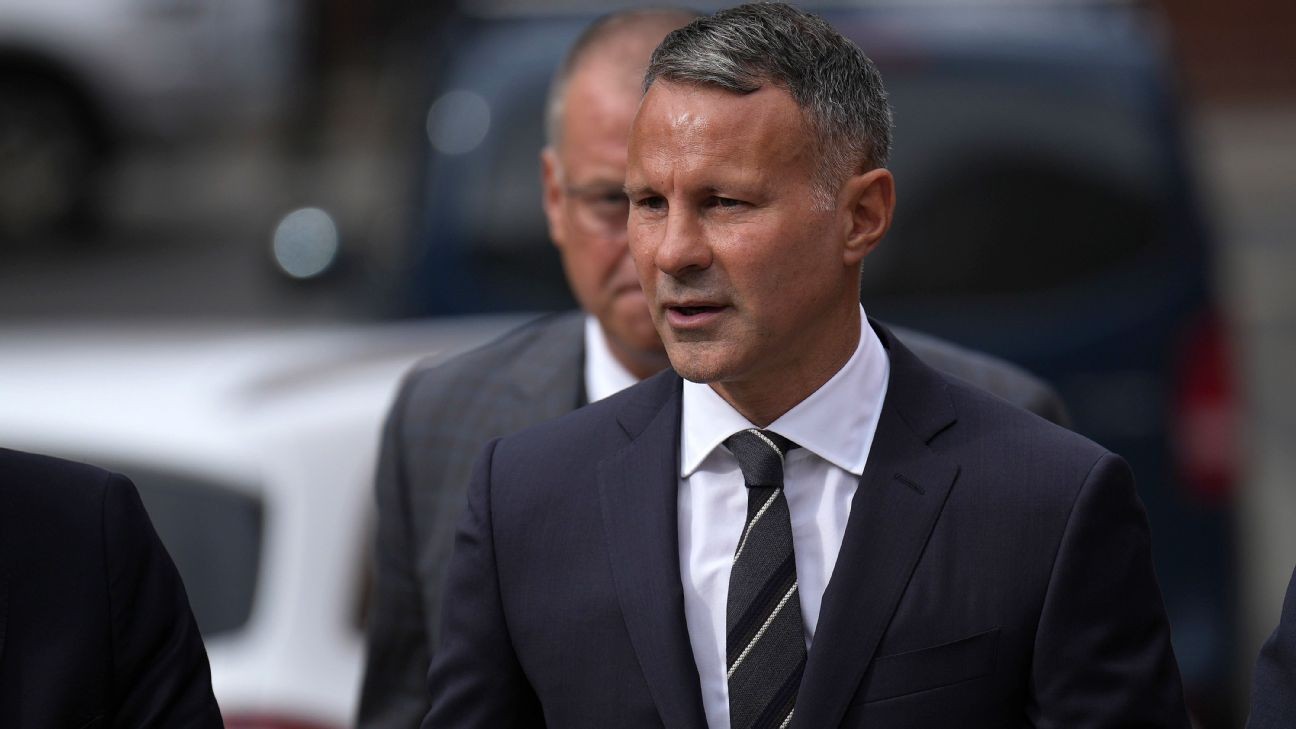 Former Wales manager Ryan Giggs arrived at court in Manchester on Monday ahead of his domestic violence trial.

Giggs, 48, is accused of assaulting Kate Greville, 36, causing her actual bodily harm at his home in Worsley, Greater Manchester, on Nov. 1, 2020. He is also charged with common assault of her younger sister, Emma Greville, during the same incident.

Giggs is also charged with using controlling and coercive behaviour against his former girlfriend between August 2017 and November 2020. His trial in Manchester is expected to last up to 10 days.

The ex-Manchester United player has denied all charges but stood down as the manager of the Wales national team, saying he didn't want to jeopardise preparations ahead of the World Cup in Qatar later this year.

Giggs did not manage a Wales match since his arrest in November 2020, with his last game being a 1-0 Nations League win away to Bulgaria.

He was originally scheduled to face trial in January, but the case was delayed due to a court backlog made worse by the COVID-19 pandemic.