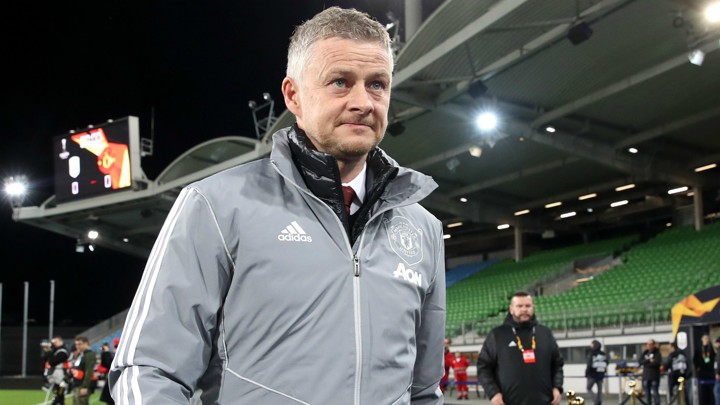 Ryan Giggs has expressed his admiration for Ole Gunnar Solskaer's transfer policy at Manchester United, saying the manager's focus on recruiting good characters is paying off.

Solskaer has made a number of successful signings during his time at Old Trafford, as the likes of Harry Maguire, Daniel James and Bruno Fernandes have taken well to life with the Red Devils.

Giggs has explained that his former team-mate has prioritised off-field character as much as on-field ability during his time in charge at Old Trafford.

“Dan's not only a talented player,” Giggs told MUTV Group Chat of James. “He’s a really good character and a solid lad. He wants to improve and that’s what I’ve seen over the last 18 months.

“Every time I went to watch him at Swansea, he was getting better and better and he’s had a great start to his United career. He’s a United player as well and someone who United fans will enjoy watching. He’ll beat men, he’ll make things happen and, of course, he has that devastating speed.

Fernandes in particular has had a major impact in a short time at Old Trafford, tallying three goals and four assists in just nine matches after moving from Sporting CP in January.

The Portugal international helped United to an 11-game unbeaten run that ran up until football was halted due to the pandemic.

"It was a shame we had to pause the season because we were flying,” Giggs added. “Ole started his management with United flying, then had a tough spell, and then we were on a good run. But, like I said earlier, the players he’s got in have been really impressive.

“They’ve improved the team and the dressing room and obviously, in Fernandes, we’ve seen over the years the effect one player can sometimes have.

“You talk about the Eric Cantonas, the Robin van Persies… and I’m not comparing him yet to them but he’s made other players play better and he’s given everyone a lift. I still think we need four or five players but we’re definitely going in the right direction.”